Los Angeles, CA – As protesters were arrested blocking a deportation bus outside Washington, DC, local groups in California shut down the downtown LA Detention Center to protest the almost 2 million deportations about to take place under the Obama Administration. Six immigrant youth and allies chained themselves to two 8 ft ladders with U-locks to their necks, in front of the gates of local detention center blocking any exit of buses that transport people to other detention facilities or to the border to be deported.

Under the President’s Secure Communities deportation quota program, Los Angeles has deported more people than even Sheriff Arpaio’s Maricopa County, Arizona.  On the first day of work after the House of Representatives closed its doors without passing reform, the protesters are calling on the President to end the deportation quota that drives his immigration policy and instead expand deferred action for all.

Among the six is Ilse Escobar, “I always had a really big secret that I wanted to, but couldn’t, tell people. My parents live their daily lives in fear. I thought I was the source of the problem, that something was wrong with me but I know now its not true. No longer will we allow our bodies to be used for profit; profit from our labor, profit from our incarceration. We demand for President Obama to stop all deportations of our families now, and that he grant them relief. To stop the madness of treating us only like numbers to meet arbitrary quotas and recognize our humanity.”

The participants and groups’ demands are as follows:

The President must place a moratorium on deportations, terminate the “Secure” Communities program, and grant Administrative Relief to all undocumented people in the same way he did for immigrant youth with Deferred Action for Childhood Arrivals (DACA);

Local law enforcement must cease all collaboration with ICE by terminating (IGSA) contracts with ICE for bed space, 287(g) agreements and  by refusing to honor ICE Hold requests;

ICE must release all individuals that qualify to be released under the TRUST Act, the Morton Memo and the Parental Interest ICE Directive immediately. 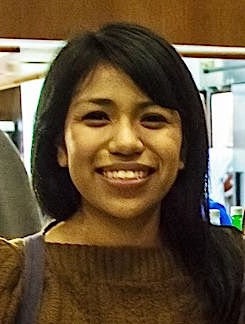 Ilse Escobar migrated to the U.S. in 1991 at the age of three from Mexico. She is working towards changing this prison detention system that capitalizes on the imprisonment of our bodies. Obama cannot conveniently protect her under Deferred Action for Childhood Arrivals and yet try to deport her family. She cannot stand by as her family is sought after as raw material for the deportation machine. It is the collective power and love as migrants that gives her the confidence to participate in this action. 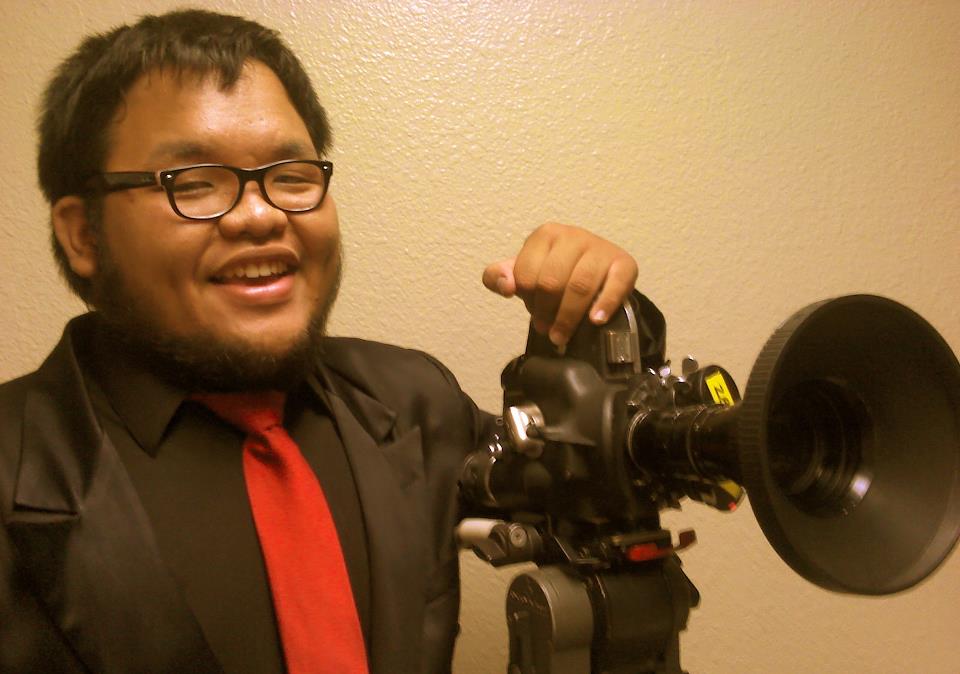 Seth Ronquillo is a Filipino undocumented student studying film and linguistics at UCLA and is part of IDEAS at there. His thesis documentary in the UCLA film school chronicles his family’s undocumented immigrant narrative after his dad went back to the Philippines in 2011. He is participating in this action to fight for the right of undocumented immigrant families to be together and live free from the threat of separation. 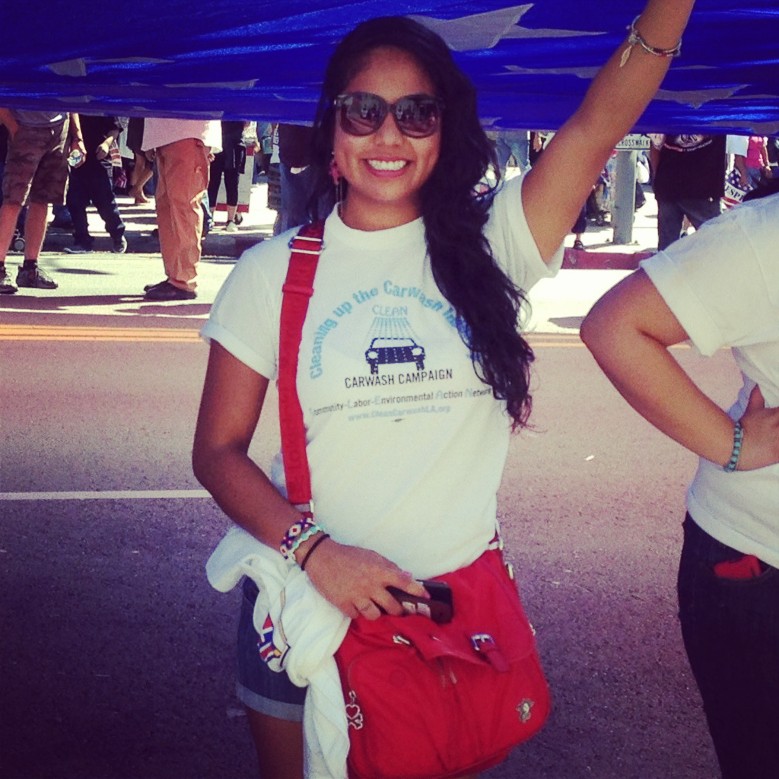 Zacil Pech is a 24 yr old accounting major and a DACA Outreach coordinator for Dream Team LA. She migrated to the U.S. when she was 4 yrs old with both of her parents who came in search of a better life for them. While she is a recipient DACA, Zacil feels that the rate of unjust deportations and family separation is much too high to be ignored. “As deportations keep spiraling out of control the immigrant community (our communities) should not be complacent and should keep demanding that president Obama use his executive power to provide Deferred Action for ALL undocumented immigrants immediately. Progressive immigrant rights are never just “given/granted” they have always been fought for/demanded”. 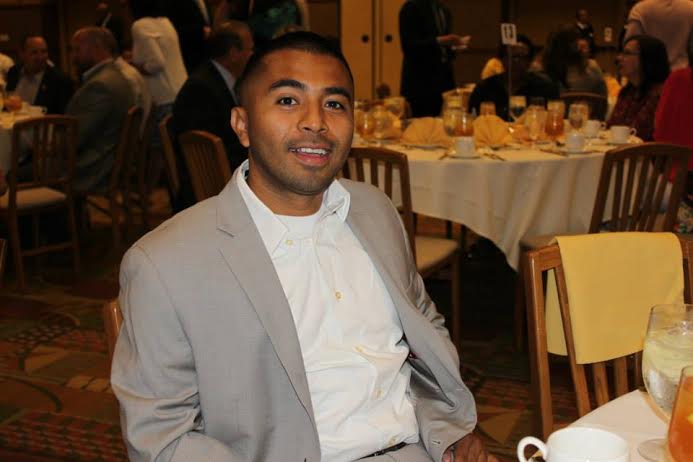 Jorge Cabrera is a lifelong immigrant originally from Guatemala, who came to the US as a 10Yr old child via Mexico. His harsh experiences as a life-long immigrant and the current reality of the immigrant community in the US lead him to take action. He hopes that with this action the deaths and displacements that detentions and deportations of approximately 2 million immigrants come to everyone’s living room, including President Obama, who can end immigrants’ pain and suffering with his executive powers. 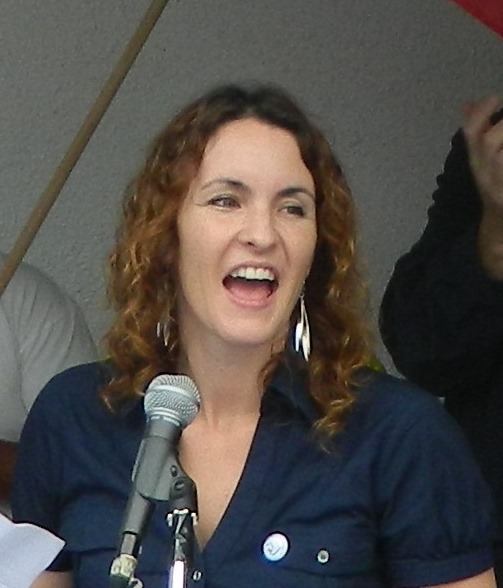 Chloe Osmer is a longtime immigrant and workers’ rights activist. She grew up in the migrant farm town of Watsonville, California. While working on maquiladora organizing in Mexico and labor struggles in Brazil, Chloe saw the impact of US trade and economic policies that force families to migrate. She hopes this action conveys the urgent need for President Obama stop the deportations that break up families and are used to silence immigrant workers who organize for better jobs in our communities.