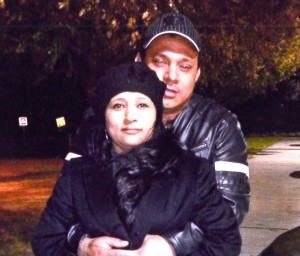 I came to New Orleans in 2005, a few months after Hurricane Katrina hit the city. I remember that in those days New Orleans felt dead and desolate. There was so much sadness. It seemed like the city would never recover. As a reconstruction worker, I worked in waste removal, cleaning away the debris, mud, and dirt that covered the city. I helped reconstruct schools, homes, and many areas of the city.

It was hard and dangerous work. The waste smelled very bad. It made us workers sick. Workers got injured or even died on the job, and there was little help available to us. But we knew our work was badly needed. Our work allowed communities to return to the city and live with some dignity after so much destruction.

Today, the city is much better. It’s improved with the help of Latino reconstruction workers, many of whom settled here and started families. We have rebuilt communities, helped grow the economy, and created jobs by starting Latino-owned businesses. It is here that I met my partner, Zunilda Ramirez. She is the best thing that has happened to me. We have created a community here. We talked about growing old together in New Orleans—that is, until the raid happened.

The Latino community is under attack by ICE and local police. They go to our Latino neighborhoods, businesses, and hang-outs. The raids never leave our mind, and they are paralyzing the community. My partner and I tried to stay at home as much as possible.

But even in our home, we couldn’t feel safe, because we lived in an apartment complex with many Latino families that was targeted by ICE. I used to see ICE agents around our complex, hiding behind cars, waiting for people in the apartment building to come out. I know many families that were torn apart by these raids. Parents and spouses were disappeared from their loved ones. I know families that made plans for their children and spouses in case one of them should be caught in an ICE raid and taken away.

Sure enough, the day that I feared came on May 13, 2014. On that day, I took my car to a Latino mechanic shop to have it checked out. I was about to leave the shop when ICE and police vehicles surrounded the shop and blocked my car from leaving. The agents ran into the shop and ordered all the Latino workers and customers in the shop to go outside.

ICE rounded us up like we were animals. They arrested us without giving any explanation as to why they were there and who they were looking for. They didn’t show us a warrant. The agents just lined us up and brought over to a vehicle with a fingerprinting machine. One by one, they fingerprinted us. Then I was put in handcuffs and ankle cuffs and taken away.

Because of the raid I am now locked up in detention center and will soon be deported. President Obama, do you understand the reality that Latinos are living through because of the ICE raids? Is this the way you believe we should be treated? Our community deserves an answer. Because in New Orleans, we Latinos are living in terror and being hunted down, even in our own homes.

Despite all this, I love New Orleans. This is my home and my city. I love the Saints. I still remember the first time I watched a Saints game and fell in love with our team. I love walking in Lafreniere Park with Zunilda and our dog Lucky, and taking Zunilda to the Audubon Park Zoo.

Latinos have contributed greatly to this city and we have set down deep roots in this community. This is why I am asking you, President Obama, to stop the raids. On behalf of the Latinos of New Orleans, I am asking that we be able to remain in the communities that we helped rebuild, that we be recognized as human beings with rights, and that we be treated with the dignity we deserve.