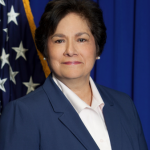 UPDATE: Sarah was released and is back with her family. She is still facing deportation, but has a chance to fight her case. Were it not for intervention from the community, the New Orleans ICE office would have proceeded with deporting Sarah.

On the same day that Sarah Saldaña, the new director of Immigration and Customs Enforcement (ICE), was being confirmed by the Senate, the ICE office in New Orleans denied the request to stop the deportation of a woman who’s name the new director shares. Sarah Bermudez, a lesbian immigrant from El Salvador is currently in immigration detention in Louisiana and could be slated for deportation any time. 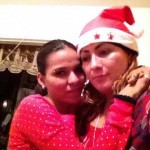 Sarah’s community and advocacy groups around the country have urged ICE headquarters, now under Saldaña’s supervision, to review and reverse the local decision and stop her deportation. Without direct intervention from ICE headquarters, Sarah could be deported as soon as this Friday.

Sarah came to the United States when she was 19 years old. She crossed the border with her family from El Salvador 14 years ago, escaping poverty and violence. She and her family were stopped which led her to be placed in deportation proceedings. After she was released, she applied and got Temporary Protective Status (TPS). However, unbeknownst to her, she still had the outstanding deportation order.

Meanwhile Sarah was dealing with being a lesbian and coming out to her family. When she finally told her mother she was gay, her family kicked her out out of the house. To this day she’s been estranged from both her family in the US and she lost her relationships to her family in El Salvador, who she hasn’t seen since she migrated. Fortunately, she found a loving home with her girlfriend, Ondina Castillo and her family. Ondina’s family took Sarah in, and has given her the support she could not receive from her own parents. They were happy together, and have told me that if Sarah is released, she plans to marry Ondina.

But those plans have been interrupted since a questionable traffic stop led to their separation. The last time Ondina saw Sarah outside of detention was while they were on vacation earlier this year. They were pulled over in a park at what was designated as a bicycle parking area. When a police officer approached them, instead of simply asking them to move, he asked for both of their identifications. He then took Sarah into custody based on that 14-year old outstanding deportation order.

Based on the new priority criteria announced as part of the President’s administrative actions, Sarah’s old deportation order should not mark her as priority for deportation,. Nevertheless, it is what triggered Sarah’s detention, and one of the factors being considered against her. Additionally, ICE is trying to use a seven year old DUI charge that resulted in a ‘warning’ not a conviction to use against her.

But this is exactly at the point in which prosecutorial discretion applies, and why intervention from Saldaña and ICE headquarters is crucial. Prosecutorial discretion is supposed to take into account all the factors involved in a case, not just a person’s criminal history. Being kicked out of her home prevented Sarah from receiving the information she needed to follow-up on her immigration status. And a judge didn’t find she needed anything more than a warning in the case ICE is citing. Neither of these factors should mark her as a danger to the community or a threat to national security. In fact, there are compelling factors to letting her stay, which includes the reality of separating Sarah from the only family who has supported her, her fiancée, and her community, to a country with high rates of poverty and violence, particularly violence directed at members of the lesbian, gay, bisexual and transgender community.

The President’s administrative action has been criticized for excluding members of the LGBT community. Saldaña has a chance to show that within her agency, prosecutorial discretion will finally be used effectively and can be a tool to keep families together, especially if they’re wrongfully excluded from the administrative relief. Let’s hope that Saldaña shows this week that ICE can begin to evolve as an agency under her command, beginning with intervening to stop Sarah’s deportation.

Most Valuable Campaign of 2014 Goes to #Not1More
Manuel, Wisconsin Father of 5, Released on Bond
Comments
Search the Blog
Video: Accompany the Struggle to Say No More Deportations
Click to Stop their Deportations