Community Based Healing not Unconstitutional Rollbacks

Editor’s note: The following is a statement by the Philadelphia Family Unity Network (en Español aquí)

The recent killing of Kathryn Steinle in San Francisco by Francisco Sanchez is a terrible and senseless tragedy. The pain her family must be experiencing is unimaginable, and they should be afforded the respect and decency of mourning in their own chosen way. 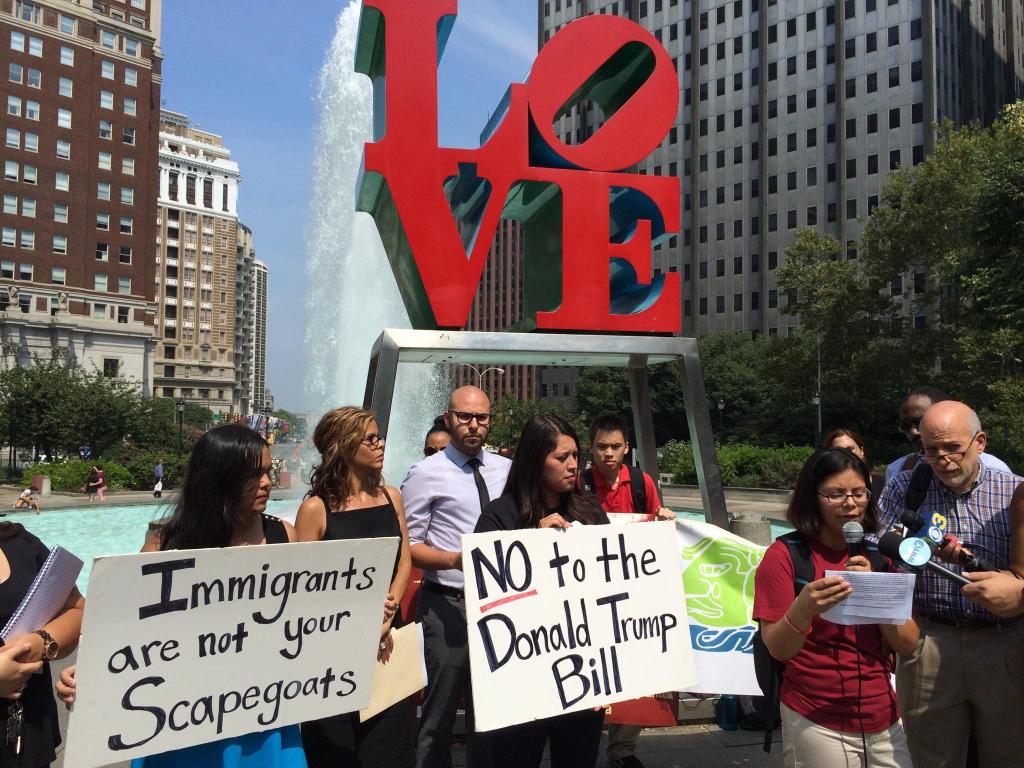 As a coalition of organizations with over a decade of experience working with survivors of violence, we had no intention of inserting our voices into such a heartbreaking and private moment. After repeated requests from the press and local politicians who have been misinformed by those who choose to exploit this moment for political gain, we felt the need to briefly address some misconceptions.

The Philadelphia Family Unity Network (PFUN) is a coalition that worked with the Mayor’s administration and local advocates to successfully end all Philadelphia Immigration and Customs Enforcement (ICE) holds in April 2014. We are immigrant community leaders and young people, documented and undocumented, allies, grassroots immigrant organizations, advocates for the needs of victims and witnesses to crimes, people of faith, leaders focused on the intersection between incarceration and deportation, and policy advocates.

All people, regardless of immigration status or criminal conviction should remain with their chosen communities.

We hold a community-based vision of safety, healing, and justice. We are called by a shared belief that our community’s healing comes from addressing root causes of violence, that we need to end the criminalization of our communities and that all people, regardless of immigration status or criminal conviction should remain with their chosen communities. While we hold people accountable to their actions and crimes, we recognize that violence stems from trauma, from poverty caused by devastating economic policies, war, forced migration, systematically segregated and underfunded communities and racist immigration policies and a criminal justice system that separates and destroy families and communities.

Secure Communities and the ICE holds program are failed policies. ICE holds have been repeatedly found to be unconstitutional, and to be a driving force behind the breakdown in trust between immigrant residents and local government. Communities organized to fight these policies across the country, and they succeeded. To go back and repeat these destructive policies only opens up possibilities for more abuses against our communities while avoiding the deeper causes of violence, as well as leaving our city vulnerable to lawsuits for violations of people’s rights. We need policies that reflect our values as a society, that honor our community’s dignity, that respects the diversity of our lives and are grounded in the belief of redemption.

The tragedy of Kathryn Steinle’s death should not be manipulated by those who see this as an opportunity to push a political agenda. Creating safer communities is a goal shared across the divisions some seek to exploit. PFUN will continue to push for meaningful reform and dialogue toward this end.

The Philadelphia Family Unity Network (PFUN) is a grassroots coalition that ended all ICE holds in Philadelphia in April 2014. PFUN is 1 Love Movement, Juntos, New Sanctuary Movement of Philadelphia, Pennsylvania Immigration and Citizenship Coalition, and Victim/Witness Services of South Philadelphia.