Two Workers Who Won’t Be at the White House Summit

As the White House brings labor leaders together and honors various worker rights defenders, two people who won’t be in attendance are Gustavo Barahona-Sanchez and Jose Adan Fugon-Cano. 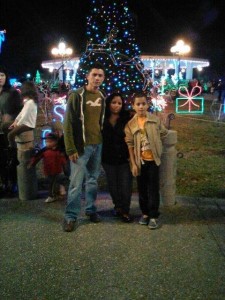 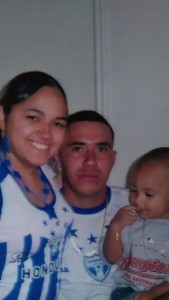 Instead, they’re in detention in Louisiana.

In late May Gustavo and Jose Adan were standing on the sidewalk waiting for work in the town of Leesville, Louisiana when police questioned them about their immigration status. Profiled while waiting for work, Leesville police took them to jail without filing charges and called Border Patrol.

Both workers were placed in deportation proceedings even though they have no criminal history, no significant immigration offenses, and are witnesses to a pending civil rights investigation alleging violations of their rights. In addition, ICE is ignoring its own standards of prosecutorial discretion and in response to the civil rights complaint the agency is taking actions against two workers who are standing up for their civil rights.

To honor and defend workers’ rights is to make sure they’re protected in every aspect of government.  The Leesville case is just one more example of ICE undermining labor and civil rights.  For Gustavo and Jose Adan, there’s still time. ICE should release them immediately.

Their detention is particularly concerning as the two workers are in detention and under threat of deportation even though they have no criminal history, no significant immigration violations, and have filed a complaint with the Department of Homeland Security (DHS) Office for Civil Rights and Civil Liberties. The complaint alleges violations of the first, fourth, and fifth amendments as well as DHS policy and memoranda.

Letter of National Support for Gustavo and Jose Adan

#Not1More Announces Week of Action on Anniversary of President’s Executive Action
Democrats Still Have an Immigration Test to Pass
Comments
Search the Blog
Video: Accompany the Struggle to Say No More Deportations
Click to Stop their Deportations