BREAKING: At least 27 women on hunger strike at the Hutto Detention Center #Hutto27 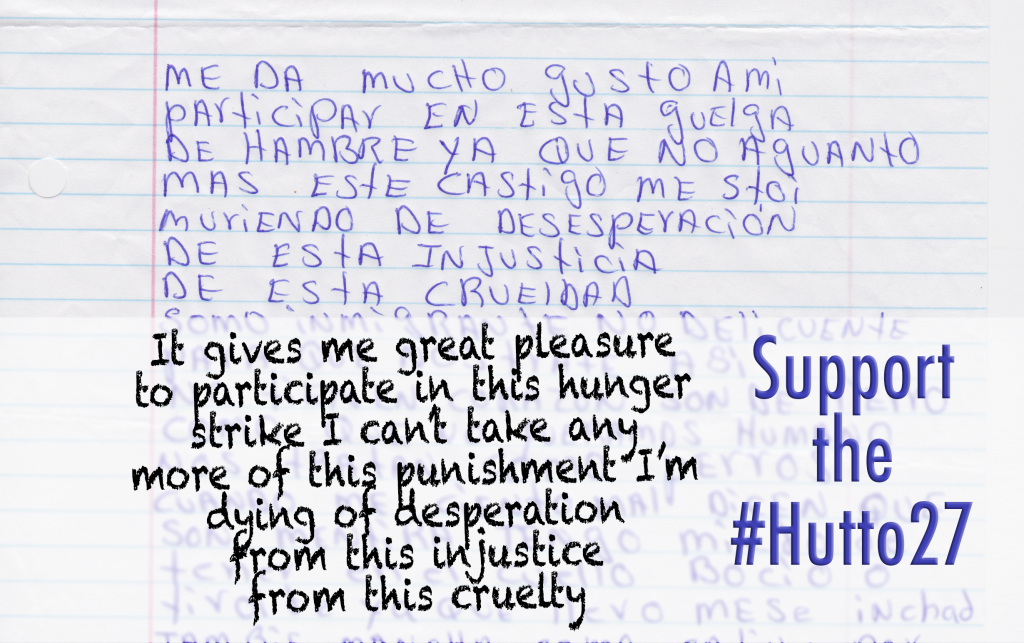 The women were unanimous about their one and only demand: immediate release.

UPDATE: The Hunger stike continues for a third day. ICE has retaliated against the women at the center by denying them time outside when they might see our vigil and hear our chants.

News broke Wednesday evening that at least 27 women refused dinner at the T. Don Hutto Detention Center in Taylor, Texas as the start of a hunger strike.

Eighteen of the women have relased hand-written letters that describe their reasons for coming to the U.S., the conditions they face in detention and their desire to stay in the U.S. We will be releasing the letters (with translations) over the next few days.

One of the letters reads, “I am a woman fleeing a country where women are given few rights, all of which are violated, and land in this place where the people of immigration condemn us to a process with little or no security, since this process will ultimately end with our deportation. With no objection to a lack of defense, condemning us to an assured death upon being deported back to our countries, then where are our rights? Or why so much time?” wrote one of the women on strike.

What Everyone Should Know About The Latest Civil Rights in Detention Report
Day 6 of #Hutto27 Hunger Strike by Women at Texas Detention Center
Comments
Search the Blog
Video: Accompany the Struggle to Say No More Deportations
Click to Stop their Deportations