UPDATE: After much work and community support, Ambroise was released in January 2014.

Ambroise Ngayinoko Luminikio (A# 201-219-057) has spent over two years in a detention center in Buffalo New York. He is a victim and survivor of violence in his country, the Democratic Republic of Congo. He left his country escaping from torture, abduction and abuse, and made his way to the US to apply for asylum. However, when that asylum was denied, he was placed in detention. He has been there for more than 22 months.

Ambroise is currently working with an attorney to appeal his case, but is asking to be released while he does. He has the support of his friends and community, in particular the Worker’s Center of Central New York and his church, the French Church for Revival.

Ambroise is not a threat to the public, or a national security risk. He has no criminal history, and no past immigration violations. He should be able to be free, released from immigration detention, while he appeals his asylum case. Please support him by sending an e-mail to immigration below. 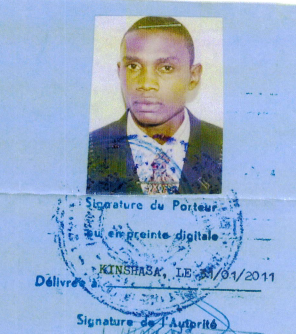 After Being Detained During Bible Study, Omar Gets Order of Supervision
Please Help Get My Dad Josue Out of Detention
Comments