Rhode Island Immigrant Could be Deported, Act Now to Urge the Governor of Rhode Island to Stop Honoring ICE Holds 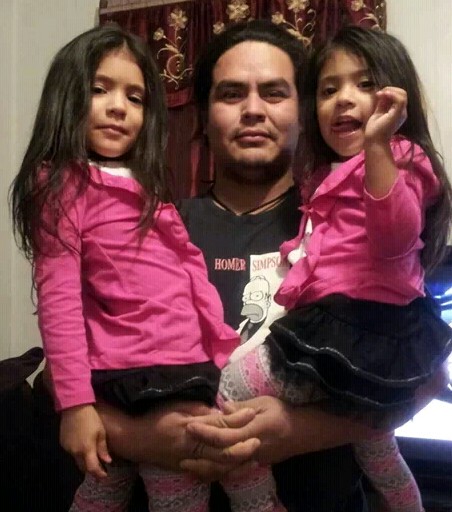 UPDATE: After 7 months in jail on a driving without a license charge, Antonio was released. His release came one day after a July 17th prohibition from Governor Chafee for state jails and prisons to hold people in ICE detainers.

Juan Antonio Mejía Ruis is an immigrant from Rhode Island who has lived in the United States for over 10 years.  He came to the country to be able to support his parents and his sister, who live back in Mexico and rely on his earnings for support.

On Sunday February 2nd, Antonio spent his birthday in Rhode Island’s Adult Correctional Institute, where he has been incarcerated for over a month after being arrested while driving without a license.

Rhode Island’s Governor Lincoln Chafee could prevent Antonio’s deportation – and those of hundreds like him – by choosing not to honor ICE holds in the state. A.T. Wall, Director of  the state’s Department of Corrections could prevent Antonio’s deportation by using his discretion to not comply with the hold, and by working to create state-wide policy regarding this program.

Antonio was taken into custody on two charges of driving on an expired license, and has a minor record from nearly a decade ago. He also has  two charges of driving without a license. Immigration is interested in Antonio because in 2010, he traveled to Mexico to be with his family after his sister passed away.  On his way back to the United States, he was stopped at the border and deported.  Since he has been back, Antonio has lived a peaceful and productive life, working as a laborer and putting down roots in his community.

None of these offenses should be punished by deportation. If the state of Rhode Island continues to comply with ICE holds, Antonio will be turned over to immigration custody for deportation.

Please send the email below to Governor Chafee and the director of RI’s Department of Corrections, asking them to take action.

I am writing to urge you to take action against the honoring of immigration detainers in Rhode Island, a policy and practice that has had a disastrous effect on our state. Immigration detainers, also known as Immigration and Customs Enforcement (ICE) holds leads to separation of families, fosters fear and distrust of law enforcement within immigrant communities, and has needlessly cost the state tax-payer money.

Although I am encouraged by steps your administration has taken to address the issue, I write to you with urgency because of the case of one of your constituents and members of our community, Mr. Juan Antonio Mejía Ruiz (Inmate #149224). Every day that ICE holds continue to be enforced, Mr. Mejía is at risk of being deported and separated from his home. Mr. Mejía was taken into custody on two charges of driving on an expired license, and has a minor record which includes one charge of shoplifting from nearly a decade ago, and two charges of driving without a license. Although I understand that there have to be consequences for Mr. Mejía’s actions, none of these offenses should be punished by deportation. If the state of Rhode Island continues to comply with ICE holds, Mr. Mejía will be turned over to immigration custody for deportation, regardless of whether he is found guilty or innocent of the charges before him.

ICE holds, also known as immigration detainers, are requests from Immigration and Customs Enforcement (ICE) that state and local law enforcement hold immigrant detainees for 48 hours to allow their transfer to immigration custody. The use of ICE Holds in Rhode Island – enhanced after the “Secure Communities” deportation program was activated on March 22nd, 2011 – has led to the deportation of hundreds of our state’s residents. By ICE’s own statistics, one immigrant detainee is transferred to immigration custody by Rhode Island law enforcement agencies every day for deportation. The city of Providence has recognized these dangers and has called on you – in a resolution unanimously passed on October 3rd, 2013 – to “take a leadership role in affirming the separation of State and Federal agencies by ensuring the State of Rhode Island does not honor ICE detainers.”

As Governor of the state, you have the power to stop Mr. Mejía’s transfer to ICE, preventing his deportation. Throughout your term as Governor, you have repeatedly shown principled courage. I ask you to once again rise to these standards, preventing the deportation of Antonio and those in his position by ending the practice of honoring ICE Holds in Rhode Island.

I write to you with urgency because of the case of one of your constituents and members of our community, Mr. Juan Antonio Mejía Ruiz (Inmate #149224). Every day that ICE holds continue to be enforced, Mr. Mejía is at risk of being deported and separated from his home. Please read the email below, sent to Governor Chafee, regarding the issue of ICE Holds and the case of Mr. Juan Antonio Mejía Ruiz (Inmate #149224), currently detained at the Intake Service Center. I respectfully urge you to recommend to the Governor that he create a policy ending compliance with immigration holds and the facilities under your direction, and should this policy not be in place at the time of that Mr. Mejía’s hold becomes active, I urge you to use your discretion and not transfer Mr. Mejía into immigration custody.

[TEXT OF LETTER FOR GOVERNOR CHAFEE]