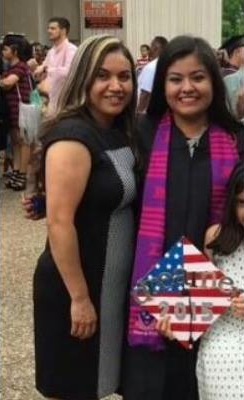 Blanca Borrego went to a gynecologist appointment at the Northeast Women’s Healthcare Clinic in Atascocita, Texas with her two daughters, 22 and 8 years old. When Clinic staff told her they needed to update her records, Blanca, being undocumented, handed them a fake driver’s license.

The clinic staff then took it upon themselves to keep Blanca and her children in the waiting room while the Sheriff’s department arrived and arrested Blanca. As the Harris County Sheriffs walked her out of the clinic, handcuffed, they told her daughters, “She’s going to get deported.”

Blanca has been charged with one felony related to a fake social security card the Sheriff found in her purse after the arrest. She is currently at the Harris County jail with a $35,000 bond. Even if her family pays the bond, Immigration and Customs Enforcement (ICE) could detain her and put her in deportation proceedings.

Blanca and her family have lived in the U.S. for over 12 years. She has one U.S. citizen son and two children who qualify for the President’s Deferred Action for Childhood Arrivals. Her family is working with local community organizations to make the Clinic staff accountable for their role in her arrest, and to bring attention to the lack of access to safe healthcare for immigrant women. They are also calling attention to the need for immigrants to have access to driver’s licenses locally.

Although the use of fake documents could make her “priority for deportation,” ICE still has discretion and could chose to not to take her into custody.  The county prosecutor also has discretion to lower or dismiss the charges.

UPDATE: Blanca was released from Sheriff custody with pending charges on the morning of September 16. She still risks being put into deportation proceedings. Please sign the petition to help prevent that Blanca be turned over to ICE, and to support that the County prosecutor drop the charges against her.
Click here to read message to ICE office

I am writing with great concern regarding the arrest by Harris County Sheriff’s department of Ms. Blanca Borrego. Ms. Borrego is an undocumented immigrant who was detained by the Sheriff at a medical appointment at her gynecologist, and has been charged with a felony for using fake documents. I am writing to urge your office to use prosecutorial discretion and consider the totality of Ms. Borrego’s situation, as well as the public significance of her case, and not initiate removal proceedings against her.

Ms. Borrego has one U.S. citizen children and two who qualify for the Deferred Action for Childhood Arrivals program, she has lived in the U.S. for 12 years, and has no other record that would make her a priority for deportation.

In addition, the manner in which Ms. Borrego was detained is of great public interest, as it directly relates to the access that immigrant women have to necessary healthcare. To put Ms. Borrego in removal proceedings or detention after she was taken into custody at her gynecologist appointment will be extremely harmful to immigrant communities and to the general public.

I urge you to take into consideration the positive factors in Ms. Borrego’s case, as well as the public interest in her situation, and use prosecutorial discretion in her case. 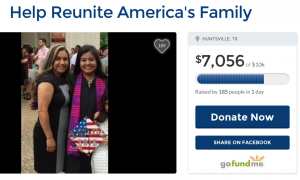 Please consider making a donation to help Blanca’s family pay for bond and other legal costs.