Connecticut man who complained about health code violations could be deported 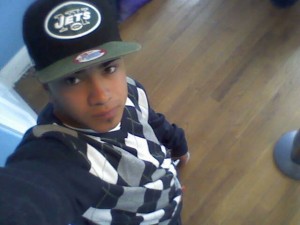 Esvin Lima came to the United States more than two years ago to support his family and escape the violent conflict targeting young men in Guatemala. He has been detained by Connecticut Dept. of Corrections (DOC) for 5 months because of failed immigration policy and Governor Malloy’s inaction.

This happened because Esvin contacted the Norwalk Health Department to report dangerous housing code violations and an abusive landlord. The landlord retaliated against Esvin by calling the police and accusing him of stealing some tools from the house.

Because Esvin has no criminal record and the charges against him are not very severe, the Connecticut court was willing to release him on a $1000 bond. However, he remains detained because Connecticut DOC is honoring an ICE detainer request, supposedly because Mr. Lima had a prior deportation in 2012 when he first tried to enter the United States.

Connecticut should not honor this request because Mr. Lima is a victim of retaliation. The TRUST Act fails if it fails to protect him.

Esvin is a dedicated community member and a hardworking young man. He has not yet been transferred to ICE, and the governor’s office could prevent that from happening and allow him to seek justice from outside detention.


UPDATE: Esvin was released from detention on December 15, 2014, thanks to support from the community. The victory was not just for Esvin and his family, since the fight for his case led to a permanent policy change at the Connecticut Department of Corrections (DOC) to limit unlawful detentions requested by Immigration and Customs Enforcement (ICE).
E-mail of support to Governor Malloy

I am writing to you because I am concerned about the case of Mr. Esvin Lima. Mr. Lima is currently detained at the Bridgeport Correctional Center (Inmate #402223). He was detained and given a low bond, but has not been released due to an Immigration and Customs Enforcement (ICE) detainer. Although he has no criminal record, the hold has been placed on him due to a prior deportation.

I urge you to consider using your discretion to ask the Department of Corrections to not comply with the elective ICE hold. This would allow Mr. Lima to pay bond and be released pending his court on October 21, 2014.

Mr. Esvin Lima was living in an apartment with dangerous housing code violations. Esvin’s roommate contacted the City of Norwalk Health Department to report their abusive landlord. The Health Department inspected and found violations. The landlord, in retaliation, called the police and made false accusations against Mr. Lima. Mr. Lima was taken into custody and charged with theft, charges which he will defend himself against in court. Although he was granted a low bond, the payment of his bond may trigger detention by ICE, and could lead to the reinstatement of Mr. Lima’s deportation. Although he has no criminal record, Mr. Lima had prior contact with immigration authorities when he first attempted to travel to the United States in 2012, and is therefore not covered under the Connecticut TRUST Act.

However, all ICE holds are optional. Connecticut should not honor this optional ICE hold. The TRUST Act is a failure if it fails to protect people like Mr. Lima.

Mr Lima is a young 20-year old man who left Guatemala escaping the violent conflict targeting young men like him. He is respectful, hard-working, and a responsible member of his community. He is a member of Unidad Latina en Acción and is active in his church. He is not a threat to the community.

Mr. Lima is precisely the person whom the TRUST Act should protect. As the conversation continues on improving the TRUST Act, I urge you to consider the case of Mr. Lima and do everything in your power to prevent his deportation.