Immigration Agents Beat Fernando in Detention. Will they Deport Him Before He is able to hold them accountable?

share
In August of 2013, Fernando Figueroa Barajas was stopped at a roadblock in his home state of Mississippi, and charged with driving without a license. The local police who arrested him, told Fernando they were doing so because he was a ‘fucking wetback” and an “illegal.”

Then in September, while he was still in police custody, immigration officers transported him to an office, placed a piece of paper in front of him, and told Fernando to sign. When Fernando refused to sign and asked for a lawyer, the immigration agent grabbed his head and shoved it into a table multiple times, causing him to bleed. Then the officer put Fernando on the floor and kicked him several times. Through all this, Fernando was shackled at his waist with cuffs on his hands and feet. After being  denied medical treatment and being transferred to an immigration detention facility, he attempted to speak about the abuse, but was instead categorized as suicidal and placed in solitary confinement.

Now Fernando is seeking accountability from ICE. He has submitted several complaints with the Department of Homeland Security Office of Civil Rights and Civil Liberties, one with DHS General Counsel and the Office of Principal Legal Advisor, and is filing a federal civil rights complaint in the US District Court for Mississippi.

It is part of ICE’s policy of prosecutorial discretion to not deport individuals who are engaged in pursuing civil rights claims, and should grant Fernando a stay of removal. In addition, Fernando is married to a US citizen wife, he has no significant criminal record, has deep connections to his community in Mississippi, and has a legitimate fear of returning to Mexico, where he has received death threats from drug cartels.

I’m writing in support of the request for prosecutorial discretion to prevent the removal of Mr. Fernando Figueroa Barajas, A200-537-719. Mr. Figueroa is a civil rights defender, currently involved in defending his rights, he is married to a US citizen, has minimal criminal history, has deep roots in his community, and is a victim of serious crimes in Michoacan, Mexico.

Mr. Figueroa Barajas left Mexico after he was persecuted by a drug cartel in Mexico stemming from a personal dispute. Before coming to the US he was a victim of kidnaping by this group and received several death threats. When he came to the United States he was stopped at the border by Border Patrol, and given a voluntary departure. Because it was in English, he did not understand what he was signing, and although he expressed fear of returning, he was never granted a credible fear interview.

He returned to the US the next day, and settled to live in Mississippi, eventually marrying his US citizen wife, Ms. Lashay Moore. Since then he has become an important member of the community, helping his extended family and neighbors financially and economically. By all accounts Mr. Figueroa-Barajas is an asset and benefit to his family and community.

In August 2013 Mr. Figueroa-Barajas was stopped at a roadblock and charged with driving without a license. The local police officers told Mr. Figueroa that they would take him to jail due to his immigration status. One month later, ICE officers apprehended Mr. Figueroa-Barajas and took him into custody. When Mr. Figueroa-Barajas refused to sign the papers presented to him and asked to speak to an attorney, he was beaten and kicked by the ICE officers while he was shackled hands and feet. While being transferred to another immigration detention facility, he was refused medical care although he was vomiting blood. When he attempted to speak about the abuse he had suffered, he was categorized as suicidal and placed in solitary confinement.

In response to that incident, Mr. Figueroa-Barajas is seeking accountability for the abuse that took place in detention. He has submitted a Complaint to the Department of Homeland Security Office of Civil Rights and Civil Liberties, a complaint with DHS General Counsel and the Office of Principal Legal Advisor, and is filing a federal civil rights complaint in the US District Court for Mississippi. This makes Mr. Figueroa-Barajas an individual engaged in legitimate efforts to protect his civil rights, one of the factors to be taken into consideration when considering prosecutorial discretion.

Given that Mr. Figueroa-Barajas is an individual engaged in a civil rights claim, that he is married to a US citizen, that he has no significant criminal record, and that he has deep roots in the community, and that he is not a threat to public safety or national security, I urge you to positively use prosecutorial discretion to grant Mr. Figueroa-Barajas a stay of removal.

UPDATE: As Fernando’s attorneys were asking for him to be released and about to file a habeas corpus, the New Orleans ICE office informed his supporters that he had been deported. According to the ICE office the OPR investigation had been closed, and that filing a civil rights complaint does not mean there has been a civil rights violation. There was also a complaint filed with the Department of Homeland Security’s Civil Rights and Civil Liberties department, which was never responded to. 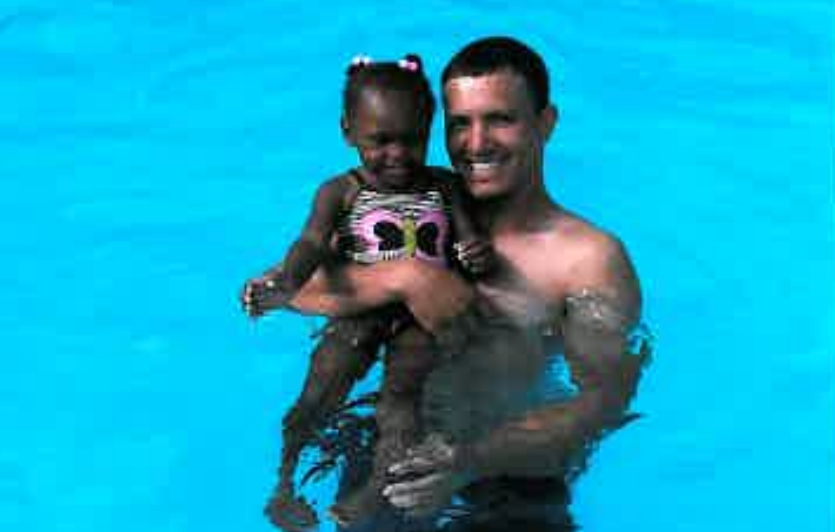 Ricardo, Beloved Restaurant Worker and Fair Wage Advocate, Taken Into ICE Custody
He Has Supported Her Through Health Crisis, Now She Fights to Stop His Deportation
Comments