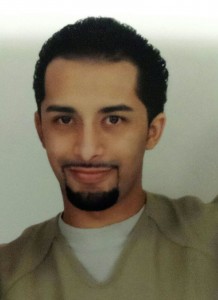 Genaro Hernandez came to the United States in 2000 when he was 12 years old. He began working at age 15 cleaning offices to help support his younger brother and sister. He graduated from high school in Racine Wisconsin and began to work a second job. In 2012 he was arrested for selling drugs. He pled guilty and was sentenced to 2 years in a federal penitentiary in Ohio. He is completing his sentence this month, but instead of returning home to his family and a second chance, he will be turned over to ICE. He could be deported to Mexico, a country where he no longer has family and has not been in since he was 12.

“I got involved with drugs and did what I did because I thought I could make money fast that way, but now I know that was wrong and I know that’s not a good excuse for what I did but I made a mistake, and I’m paying for it now and that’s why I’m asking for a second chance because all of my family is here in the US and I don’t have anybody in Mexico…

I hope you make the right decision and give me a second chance, I won’t let you down”

I’m writing to urge you stop the deportation of Genaro Hernandez (A#205153768). Genaro came to the United States when he was 12 years old and graduated high school in Racine Wisconsin. He worked for six years helping to provide for his younger brother and sister. In 2012 he was arrested for non violent drug charges, pled guilty and was sentenced to 2 years in a federal penitentiary in Ohio.

Genaro’s home is in Wisconsin and his family needs him here. Please exercise prosecutorial discretion and stop Genaro’s deportation.