Update: On February 25th Genoveva was released from the immigration detention center in McHerny County. However, she is still facing deportation. Tell ICE they should stop wasting resources in pursuing Abuelita Genoveva’s removal.

Genoveva Ramirez Lagunas is a 63 year old grandmother of a U.S. citizen, and has lived in the United States for the last 13 years. She has no criminal history, and has been a contributing member of the community, and a loving mother and grandmother. Mrs. Ramirez currently suffers from high blood pressure and has already undergone thyroid surgery. She needs daily medication.

She was placed in deportation proceedings when she was driving home from work, and a police officer allegedly saw her cross the white line at a red light. Although she had insurance, she was not able to provide a driver’s license, and the police officer took her into custody. It was there when they found an old immigration case from 2006. During a family outing, Genoveva was a passenger in a car that took the wrong road, and could not turn back before crossing the border to Canada. She was given an immigration court in New York, which she could not attend because she and her family did not have money. For this mistake, she is being held in immigration detention, and could be deported separating her from her daughter, husband and grandson.

Please sign the petition to tell ICE her deportation must be stopped! 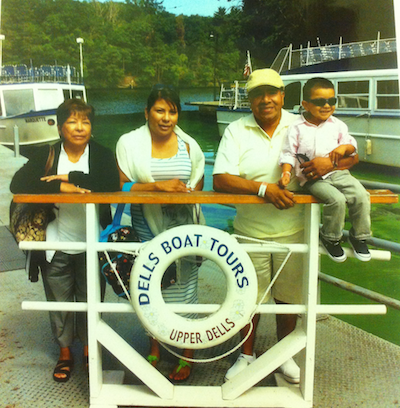