Gustavo’s Children are Sick from Not Seeing Their Father, Detained After Traffic Citation 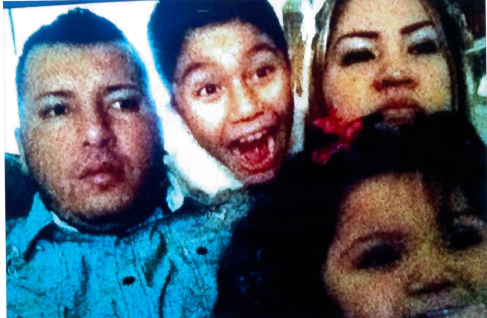 Ever since he was detained, Gustavo’s children have been ill from not seeing him. Since his detention, his 22-month old daughter has had several health problems, including high fever and vomiting due to stress. In addition, his 10 year old step son, Bryan,  has shown drastic behavioral changes in the last month, and his emotional and psychological health has suffered greatly since Gustavo’s arrest, including being diagnosed with “situational depression and anxiety.” In addition to Bryan, Gustavo is the step father to two US citizen children, and the main support for his family.

Gustavo has no criminal convictions and is not a threat to the community. On September 23rd, 2014 he was pulled over for a simple traffic citation, arrested, and the transported to the Jefferson Parish jail, where he was subject to an ICE detainer. The primary reason for Gustavo’s detention was a past deportation from the U.S. from 2006.

I am writing in support of the prosecutorial discretion request for Mr. Gustavo Bonilla (A# 078-308-409), who is currently being detained at the South Louisiana Correctional Center. Mr. Bonilla is a responsible and loving father and stepfather who has strong ties to the community, and should be considered for prosecutorial discretion.

Mr Bonilla is the father of a US citizen infant daughter, Lesli Nicol Bonilla-Nunez, who is 22 months old, and he is the primary economic provider for his partner, Maria and her US citizen son, Bryan Gonzalez-Nunez, who is 10 years old. Since his detention, his daughter and his step son have been harmed psychologically and have been physically ill due to the stress of the detention. Without his presence in the home, these US citizens will lack the basic economic and emotional support they need to thrive. In addition, Mr. Bonilla is the main economic support for the family.

Mr. Bonilla has no criminal convictions and is not a threat to public safety in any way. To the contrary, he is a responsible father and honest worker, and a contributing member of the community. In addition to taking care of his children, Mr. Bonilla also pays for the basic living expenses and emergency medical care of his elderly mother. She desperately needs her son’s economic and emotional support, which he has been unable to provide for her while he is in detention.

I understand that Mr. Bonilla has a past deportation from 2006, however, there are overwhelming factors in his case that should make him an excellent candidate for prosecutorial discretion, including having no criminal record and his U.S. citizen children and step children.

Thank you for your support. Thanks to your signatures and calls Gustavo will be released from detention, just in time to celebrate his birthday with his family.