Massachusetts Farmworker Could Be Deported, Tell Sheriff to Set ICE Hold Aside

share
UPDATE: Jorge Sanchez was turned over to Immigration and Customs Enforcement, and is now facing deportation. His community was able to raise enough money to get him out on bond, and continue to fight his deportation case. Thank you for your support.

I am writing you on behalf of Mr. Jorge Sanchez, who is currently detained at Hampden County Correctional Facility. Immigration and Customs Enforcement has placed an immigration detainer on him, however these requests are not mandatory. We ask you to use discretion and release him.

Mr. Sanchez is a hardworking member of our community who financially supports both his parents and children. He has been in the United States for eight years. He was arrested at a party on New Years Eve and charged with attempted robbery, although he was an invited guest at the party, and there was no attempted robbery. The residents of the apartment do not want any charges pressed.

Mr. Sanchez’s bail was paid on Tuesday, January 7, 2014. However, he continues to be detained in Ludlow. Jorge has already been detained for more than the 48 hours beyond his bail being paid. We ask that you use your discretion to release Mr. Sanchez.

Thank you for your consideration, 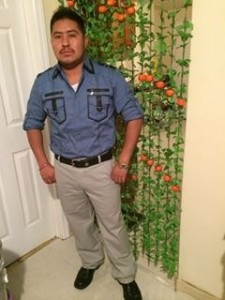 Jorge Sanchez is a farmworker from Western Massachusetts who was arrested on New Years Eve for an alleged robbery. However, no one has pressed charges, his bond has been paid over 48 hours ago, and he continues to be detained at the Hampden County Correctional Facility.

His family and community are now organizing to request that Hampden County Sheriff Christopher Ashe, use his discretion to release Jorge and set aside the Immigration and Customs Enforcement (ICE) hold that has been placed on him.

Jorge is  a hardworking member of our community who financially supports both his parents and children. He has been in the United States for eight years, and has been a contributing member of the community.

Sheriff Ashe has the power to use his discretion and release him. Please send the e-mail below to his office, asking for Jorge to be released to his community immediately.