Salvadorian man facing deportation for driving to work without a license 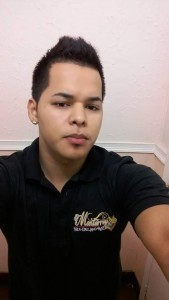 Juan Carlos Martinez is an immigrant living in Georgia since 2010. He came to the U.S.  from El Salvador to work and give his wife and their  6-year-old son the opportunity of a better future away from the violence and poverty of their home country. Juan Carlos was detained at his job by local police in complicity with ICE agents and transferred to the Irwin Detention Center in November 2015.

Juan Carlos was racially profiled by local police when he was driving to work on October 31, 2015 – this was the 3rd time he was stopped in one year.  He was arrested for  a driving without a license and taken into custody. After he paid his bond Atlanta police informed him their records showed he had missed a court date from a previous arrest for the same charge, such court date was rescheduled for December 15, 2015.

After his last encounter with local law enforcement Juan Carlos decided to stop driving and relied on rides from other people as his main source of transportation. On November 16, 2015, almost a month before his court date,  the sheriff and two ICE agents, who did not identify themselves, showed up at Juan Carlos’s job and detained him.

ICE is threatening to deport Juan Carlos based on his record; in 2013 he was charged with a DUI but he took the necessary steps to correct his actions and has not been charged for the same offense again. Before he was detained, Juan Carlos focused on working to support his mother, wife, and his 6 year-old son. Since he was detained his family struggles economically and his son doesn’t understand why his dad was not around for Christmas.

Please, send a message to the Georgia ICE Field Office and ask them to stop Juan Carlos’s Deportation.

I am writing regarding the case of Mr. Juan Carlos Martinez (A 208-414-528), a 26 year-old man from Georgia who came to the United States 5 years ago to work and support his family and his 6 year-old son.

On November 16, 2015, Mr. Juan Carlos Martinez was taken into custody at his place of work by the sheriff and two ICE agents who did not identify themselves; today he is detained at the Irwin Detention Center.

In 2013 Mr. Juan Carlos Martinez pleaded guilty for driving under the influence, he took necessary actions to atone for his mistake and has not been charged for the same offense again. In 2015, Mr. Juan Carlos Martinez was stopped on his way to work and charged for driving without a license 3 times. Because he was profiled and arrested multiple times in one year, in October he decided to stop driving to work and began to ask for rides to avoid another arrest.