ICE is Deporting People for Driving Without a License, Don’t Let Julio Be One of Them 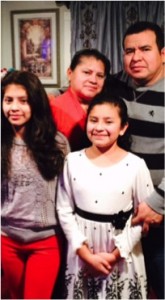 Julio Hernandez Diaz is a Geogia construction worker and an immigrant rights advocate as a member of the Georgia Latino Alliance for Human Rights (GLAHR) Comité Popular in Fairburn. He has lived in the U.S. for over 18 years. He has 2 U.S. citizen children, 10 and 12 years old, and a wife who is recovering from a stroke.

Julio was taken by ICE agents from his home solely for charges relating to driving without a license. Now he is detained at the Steward Detention Center and could be deported and torn away from his family.

Georgia state law SB 350 makes repeat arrests for driving without a license a felony, a law that targets undocumented immigrants who cannot get drivers licenses. In early August, Julio was sentenced to 3 months in jail and 5 years probation for his fourth driving without a license charge, in addition to paying a ticket of over $1,300. This charge that only exists under Georgia state law is the only reason ICE is targeting Julio for deportation.

The Georgia ICE Field Office has the choice to use discretion to release Julio and to stop his deportation, or to continue to collaborate with this law that targets and criminalizes immigrants.

Please support Julio by sending a message to the Georgia ICE field office that Julio’s family needs him and that he has support from his community.

Update: Last week Julio was granted bond and was released from the Steward Detention Center before Labor Day. He is back home with his family and continues to be advocate for his community in Fairburn, Georgia. Thank you for your support.

I am writing concerned abou tthe case of Mr. Julio Hernandez Diaz (A 208-210-194), a Georgia construction worker and father of 2 U.S. citizens who is currently in detention at the Steward Detention Center. I urge you to consider using prosecutorial discretion in his case to release him from detention and stop his deportation.

Mr. Hernandez has lived in the U.S. for over 18 years. He has 2 U.S. citizen children, 10 and 12 years old. His wife suffered from a stroke that left her partially paralized. His detention has signified an imminent hardship for his family, who completely depend on him to survive.

Mr. Hernandez is also an important member of his community, and is an immigrant rights and civil rights activist in his community. He is a member of the Georgia Latino Alliance for Human Rights organizing with the local community group in Fairburn, organizing for the last 4 years.

The Georgia ICE Field Office the choice to use discretion to release Julio and to stop his deportation, or to continue to collaborate with this law. In addition, I urge you to take into consideration the suffering of Mr. Hernandez’s family and the support of the public for his release.

ICE Deporting This Man Proves It’s Not Following its Priorities
Houston Activist Goes to ICE Check-in, DoeS Not Come Back
Comments