Case of Long Beach Mother of 2-year Old US Citizen in Review, Meanwhile She Remains in Detention

share
Kareli Barreras is a Long Beach resident and her fiancée, Jose, is a Legal Permanent Resident. They are parents to a beautiful 2-year old citizen child.

Last Monday evening, Kareli took some articles of clothing from a store and the store called the Los Angeles Sheriff’s Department, who came to the scene. She was arrested Monday April 7, 2014 and is still being detained at the Lakewood Sherriff’s Station. She saw a judge, who determined that she was not a threat to the public, and told her she qualified to be released. But instead, Kareli was transferred over to ICE custody, and is now in deportation proceedings.

Thanks to community action and support, Kareli was granted an emergency stay of removal. Although she is still detained at the Orange County Misck Facility, she is no longer facing imminent deportation.

Kareli  has 1 U.S. citizen child and 4 U.S. citizen siblings, deep roots in the United States, and is the main caretaker of her daughter, she should be immediately released  in a positive exercise of prosecutorial discretion.

Please sign below to support her and her family, and ask that Kareli be released from detention pending the review of her case.!

Click here to see E-mail sent in support of Kareli

I am writing because I am concerned about the detention of Ms. Kareli Barreras (A# 088-807-256). She is a Long Beach resident and her fiancée, Jose, is a Legal Permanent Resident. They are parents to a 2-year old citizen child. I understand Ms. Barreras’ case is under review, however she remains detained. I urge you to use your prosecutorial discretion to release her from detention while she awaits the decision by ICE. 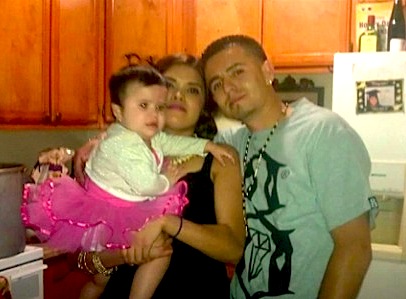