Keith Chambers is a small-business owner from Illinois who supports 3 U.S. citizen family members. He is scheduled to be deported this Wednesday April 3, 2013! Help us stop his deportation!

Keith came to the U.S. from Ireland in 2008, and met and fell in love with Julieann Fields. They were married on February 14, 2009, and have spent the last four years together as a family, living in Chicago’s northwest side. Keith has been a father to Julieann’s two sons, Nolan and Owen, now ages 16 and 17. He is the only father the boys know, and he supports Julieann and her sons emotionally, as well as financially.

Unfortunately, the family was broken apart on February 12, 2013 when Keith was taken into custody by Immigration and Customs Enforcement. Reported by a co-worker, ICE first went to Keith’s home, and then picked him up while driving on the expressway with his older son. He is currently in custody at Kenosha County Detention Center. Because Keith came here from Ireland on a visa waiver, he has not been given a bond, or the right to see a judge. Julieann filed a spousal petition for Keith in May of 2012, but now they are worried that Keith will be deported before they have a chance to complete their petition.

Please grant Keith (A# 204-132-268) prosecutorial discretion and administratively close his case, so that he, Julieann, Nolan and Owen can keep their family together. 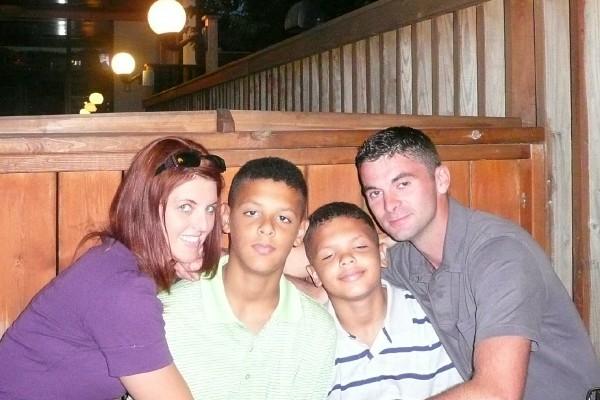