Lourdes, Mother of Four, Awaits Decision by Immigration in Limbo

Lourdes had been told she needed to leave the country by May 30th, but she could not leave her children behind. Now, she is waiting to hear from ICE about her application for a stay of removal. If she’s deported, she will be separated from her four DACA-eligible children, who rely on Lourdes for emotional and financial support.

In 2010, Lourdes was involved in a traffic incident when a man backed up his car into Lourdes’ truck. Lourdes did not report the incident because she does not have a driver’s license. However, the man who crashed into her truck put in a complaint against her. Lourdes spent three days in jail and was transferred to Broadview Detention Center. While she was released hours later, she was placed in deportation proceedings and faces deportation on May 30.

Lourdes has been living in the United States for over eleven years. She has worked hard to provide for her four children and has grown to become a valuable member of her community. Lourdes fears going back to Mexico and feels her life could be in danger due to the violence in her home state of Jalisco.

Why is ICE trying to deport a mother of four DACA-eligible children, two of whom have already been granted deferred action? Please sign the petition and make a phone call to demand that ICE stop Lourdes’ deportation! 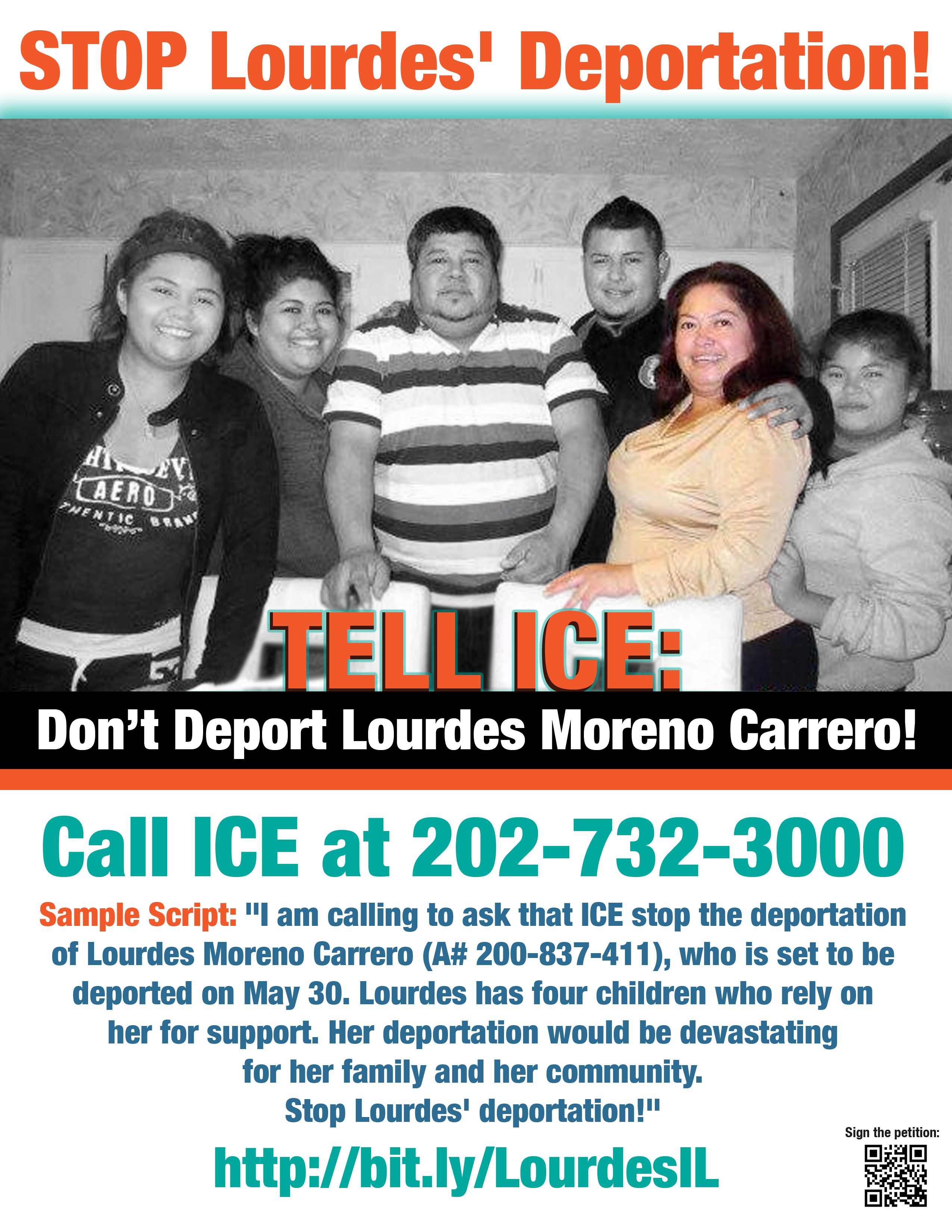 Wilmar Was Stopped By Police On the Way to See His Family, Please Ask for His Release
Elder Has Been in Detention for 3 Years, Tell ICE to Let Him Go!
Comments