At 6 and 3 Years Old, These Two US Citizens Could Lose Their Father 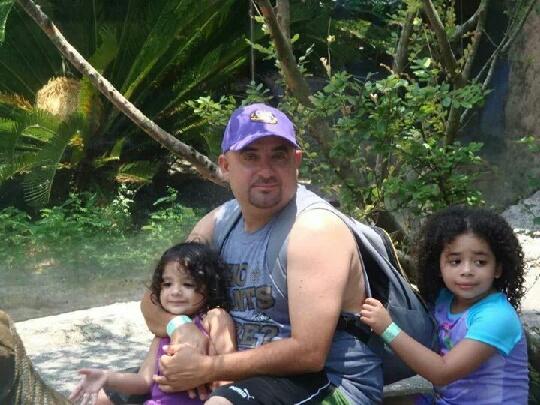 Luis’ family submitted letters showing that their gas and electricity may be cut off, and they have been threatened with eviction. His family depends on Luis for economic and emotional support, and should be spending the holidays with him.

Luis Casco Medina is a father and a worker living in New Orleans. He was detained by immigration while he was at work, and is  being held in detention in Louisiana.

Luis has lived in the United States for more than 10 years, and has two young daughters, both of whom are U.S. citizens. At 6 and 3 years old, their physical and psychological health has deteriorated. His wife and his daughters also depend on Luis for economic support, and are having a hard time being able to pay the rent this month.

Luis has no criminal record, is a good and trusted neighbor, and has deep ties with his community. The immigration agents justify taking Luis into custody and removing him from his family because he has a past deportation order from 2004. Immigration and Customs Enforcement can chose to exercise discretion to stop Luis’ deportation and let him remain with his daughters.

Please help us keep this family together by sending an e-mail to ICE below.

I am writing to you in support of Mr. Luis Casco Medina, A#097-318-510, who is facing deportation from the United States. Mr. Casco Medina is the father of two United States citizen daughters who are 6 and 3 years old, he has lived in the country for over 10 years, and he has no criminal record. I urge you to consider granting Mr. Casco Medina’s request for prosecutorial discretion in his case, and stop his deportation.

Mr. Casco Medina has two United States citizen daughters, Valeria Joanna Casco, who is 6 years old and Esperansa Casco, 3 years old. They have lived in Louisiana for over 4 years. His eldest daughter, Valeria, has a recurrent medical condition requiring constant care and attention from doctors, and requires her parents to take her to the pediatrician 1-2 times every month. Without Mr. Casco Medina’s support, Valeria’s health could be at risk particularly during the winter months. He also provides important economic support for his family, as he is the sole economic provider. Mr. Casco Medina’s detention has already had a negative impact in the psychological health of his daughters. According to his mother, their youngest daughter, Eperanza, has had severe changes in her emotional stability, including extreme nervousness and fear. His absence will only hurt the physical and psychological health of his daughters.

In addition, Mr. Casco Medina has lived in the United States for over 10 years. He has deep ties to his community and is well respected by his neighbors. He has no criminal record and he is not a threat to the public in any way. He has never been convicted of a criminal offense.

I am aware that Mr. Casco Medina has an in absentia order of deportation from 2004, however, i urge you to consider the positive factors in his case. I hope that you will use prosecutorial discretion to stay his deportation and release him from detention.