Domestic Violence Survivor Calls Police and is Detained, Could Be Deported 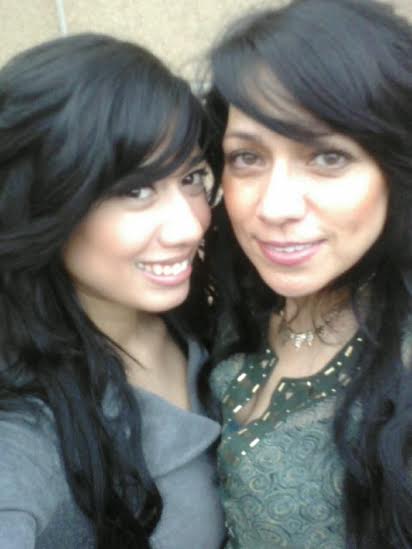 I am writing in support of Ms. Marcela Rodriguez (A#200-977-659), a single mother of 3 U.S. citizen children fighting her removal from the United States. Ms. Rodriguez was placed in detention after seeking protection from her ex-husband, who was verbally and physically abusive. When the police arrived, she was placed under arrest and detained under an ICE hold. Ms. Rodriguez is now facing deportation, despite being an asset to the community and a mother of 3 United States citizen children, including two minors who are 12 and 16 years old. I urge you to please use prosecutorial discretion to stop her deportation, and allow Ms. Rodriguez to remain in the United States.

Ms. Rodriguez has lived in the United States since 1989. Ever since Ms. Rodriguez has been an excellent leader and educator in her Latino community. She has public health certifications from the Orange County Department of Education, Orange County Health Care Agency, University of California Irvine Medical Center OB/GYN & Pediatrics, Central Orange County ROP program, the California State PTA, and countless others. Marcela is not a threat to society; instead, she is a much needed public health educator in the community that can contribute to society in positive ways. She has helped educate many mothers about pre-natal care and helped in the Network For A Healthy California Campaign.

Ms. Rodriguez has three United States citizen children, including a 16 year old boy and a 12 year old girl. While she was detained under the ICE hold, her abusive ex-husband took her children to Mexico, kidnapping them away from their mother. She is fighting her deportation so that when she gets her children back, she can raise them in the country where they were born.

Ms. Rodriguez is a good person. She has one misdemeanor she pled guilty to relating to the domestic violence incident, under the advice of her attorney, and she has one prior encounter with immigration enforcement from 2004. However, I believe the positive factors in Ms. Rodriguez’s case outweigh the negative. Ms. Rodriguez is a responsible mother of 3 U.S. citizen children, two of whom are in urgent need of her support after being taken from their country of birth by an abusive father. She has lived in the U.S. since 1989, and has been a person who contributes to her community, in particular in the area of public health and public education. I urge you to consider granting Ms. Rodriguez positive exercise of prosecutorial discretion, and allow her to remain with her children.

UPDATE: Marcela was released and is back with her family.

Marcela Rodriguez (A#200-977-659) is a single mother of 3 U.S. citizen children fighting her deportation after calling the police to report her abusive ex-husband. Once the police arrived, they placed her under arrest, and turned her over to immigration enforcement, who placed her in deportation proceedings.

While she was detained, her ex-husband kidnapped her younger children, Erik and Sharon Romero, and fled to Mexico out of fear he would be arrested and then deported for physically abusing Marcela. Meanwhile, Marcela’s attorney at that time made her plead guilty for a misdemeanor crime she did not commit.

Ever since Marcela has been in the U.S., she has been an excellent leader and educator in her Latino community and has several public health certifications. She is not a threat to society; instead, she is a much needed public health educator in the community that can contribute to society in positive ways. She has helped educate many mothers about pre-natal care and helped in the Network For A Healthy California Campaign.

Please sign above to send an email to ICE to grant Marcela prosecutorial discretion to stop her deportation to help her remain in the U.S., in order to get her children back to the country they call home.