Miguel, farmworker and father, is set to be deported Friday 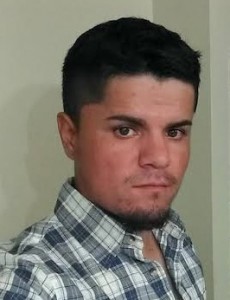 Update: Miguel was deported to Mexico on January 22, 2013. Thank you for all the support.

Miguel Angel Serna-Serna (A#095-778-029) was taken to O’Hare airport on Monday, however due to an internal issue, he and other detainees were transported back to detention. While he has been in detention, his family and community have mobilized, and have asked the Chicago ICE office to let him stay.

However, on Friday, immigration responded that they would not exercise discretion, and that he would be deported Monday January 21st, the day after Martin Luther King Jr. Day.

Miguel arrived to the United States from Aguascalientes, Mexico in 2005 with a work visa and lived in Florida for a year, after his visa expired he left the US. Three years later, in 2009, he attempted to come back to the US and continue working but this time he could not get a visa which led him to cross the border. On his first try, he was caught at the border and was deported. He tried again and was able to make it to Chicago that same year.

Miguel was arrested in December 2013 for a traffic violation and he was let go on bond. He does not have a criminal record, but his previous deportation led ICE to look for him at his workplace on January 10, 2014. Miguel is a father, husband and son that has strong ties to the US, he is set to be deported on Friday, January 17. Please sign his petition. Help him and his wife stay together.

I am writing to support the request for prosecutorial discretion for Mr. Miguel Angel Serna (A#095-778-029). Mr. Serna entered the United States in 2005 with a work visa, and worked in the fields of Florida for one year. In 2006 his work visa expired and he returned to Mexico voluntarily. Three years later, in 2009, Miguel was unable to get another work visa and crossed the border. Mr. Miguel Angel Serna has no criminal record and is the sole provider for his family. His family lives in Chicago and they are suffering greatly without his contributions and emotional support.

I am aware that Mr. Serna-Serna only has one prior stop at the border in 2009, however the positive factors in Mr. Serna- Serna —he has strong ties to the US, his wife and immediate family rely on him economically, and that he is not a public safety nor national security threat — outweigh the negative.

Mr. Miguel Angel Serna Serna was placed in ICE custody on January 10th, 2014 after immigration agents went to look for him at his workplace. ICE agents found him and placed him in immigration detention. He is being held at McHenry County Adult Correctional Facility. His attorney submitted a request for a stay of deportation, however it was denied by the immigration field director in Chicago, and is now set to be deported on Tuesday, January 12st, 2014.

Miguel is the sole supporter of his family, they rely on him for economic and emotional support. I urge you to consider granting his request of prosecutorial discretion.

Update: Miguel was deported to Mexico on January 22, 2013. Thank you for all the support.