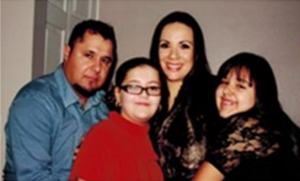 Orlando lived and worked in the U.S. for over 13 years. His oldest, Krisha Mendez, 11, has diabetes, so Orlando works overtime to cover the cost of her medicine. Denise, 9, goes with her dad to Jeronimo church in their Phoenix community. Both girls miss their dad desperately and don’t want their family to become another ICE statistic.

Orlando has no criminal charges other than for working. Working is not a crime!

I have DACA, But That Won’t Bring My Mom Home: Free Bertha Martinez!
Day Laborers Stand Up for Their Constitutional Rights – ICE Targets Them For Deportation
Comments