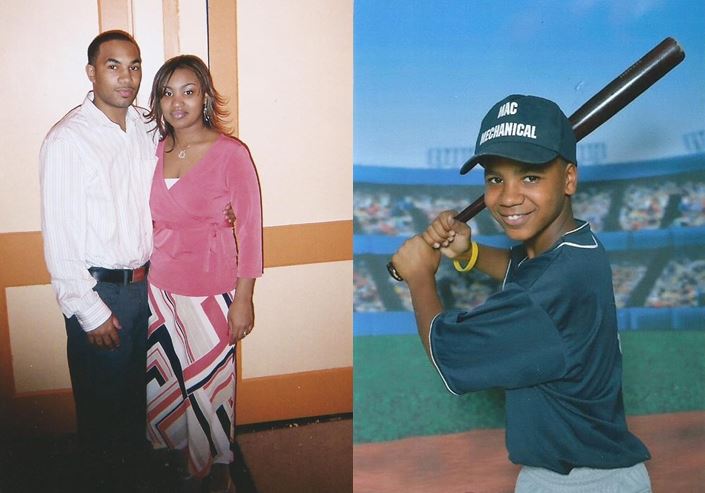 UPDATE: In March 2014 Peter was granted a one year stay of removal. Thank you for all of your support.

Peter Ingleton entered the U.S. at the young age of 13 and has lived in the U.S. for over twenty years. He has extensive family ties in New York and plays a key role in the lives of his U.S. citizen wife and young son.

Peter is an active caretaker of his son, AJ, and is his son’s hero and best friend.  Peter attends parent-teacher conferences, makes AJ breakfast, takes him to school, and cheers him on at his football games. AJ was part of the P.S. 22 Chorus, the highly acclaimed elementary school choir that performed at President Obama’s inauguration in January 2013.  The same administration that A.J. and his classmates were so excited to welcome is now trying to deport his father.

Peter faces removal due to a one time, non-violent offense – his only offense in 21 years in the U.S.  Peter is deeply regretful for his past conduct. Since his conviction, he has demonstrated model behavior in all areas of his life and has the complete support of his large family of U.S. citizens and permanent residents. Peter’s wife Florence is highly dependent on his support in raising their son and contributing to their household income. If removed, Peter’s wife and child would suffer great hardship. Please send an email to ICE and help us stop the deportation of this loving father and centerpiece of his family.

I am writing in support of Mr. Peter Ingleton (# 099-133-938) in his request for a stay of removal or deferred action. Mr. Ingleton is a loving and compassionate man and the rock of his extensive U.S. citizen and permanent resident family. Mr. Ingleton is central to the lives of his U.S. citizen wife and young son, both of whom suffered great hardship, both emotionally and financially, when he was detained by ICE. Since the young age of 13, the U.S. is the only place Mr. Ingleton has called home. While he poses absolutely no danger to his community, he faces permanent separation from his family for a one-time, non-violent offense. I urge you to please use prosecutorial discretion to grant Mr. Ingleton’s request for a stay of deportation or deferred action status, and allow him to remain in the United States to support and care for his family.

Families of the DREAM 30 still in detention: Release Rosy and Margarita!
New York Activist and Educator at Rikers, Could Face Deportation
Comments