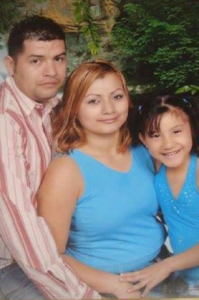 On June 2, 2013, Carlos Salazar Hernandez (A#200-285-889) was assaulted by the Phoenix police. The police entered Carlos’s home while he was sleeping, and fired a taser gun at his back. Within minutes, Carlos was arrested for resisting arrest, and now is scheduled for deportation based on these wrongful charges.

Carlos is the victim of police abuse; that fact alone should be enough to warrant his immediate release. However, Carlos’s wife, Coriselda Valenzuela, is also pregnant and expecting. Carlos should not be separated from his wife and new baby! He is a committed husband and soon-to-be-father who is desperately needed here.

Tell ICE not to collaborate with such blatant racism and brutality in the Phoenix police department. Free Carlos Hernandez Salazar!