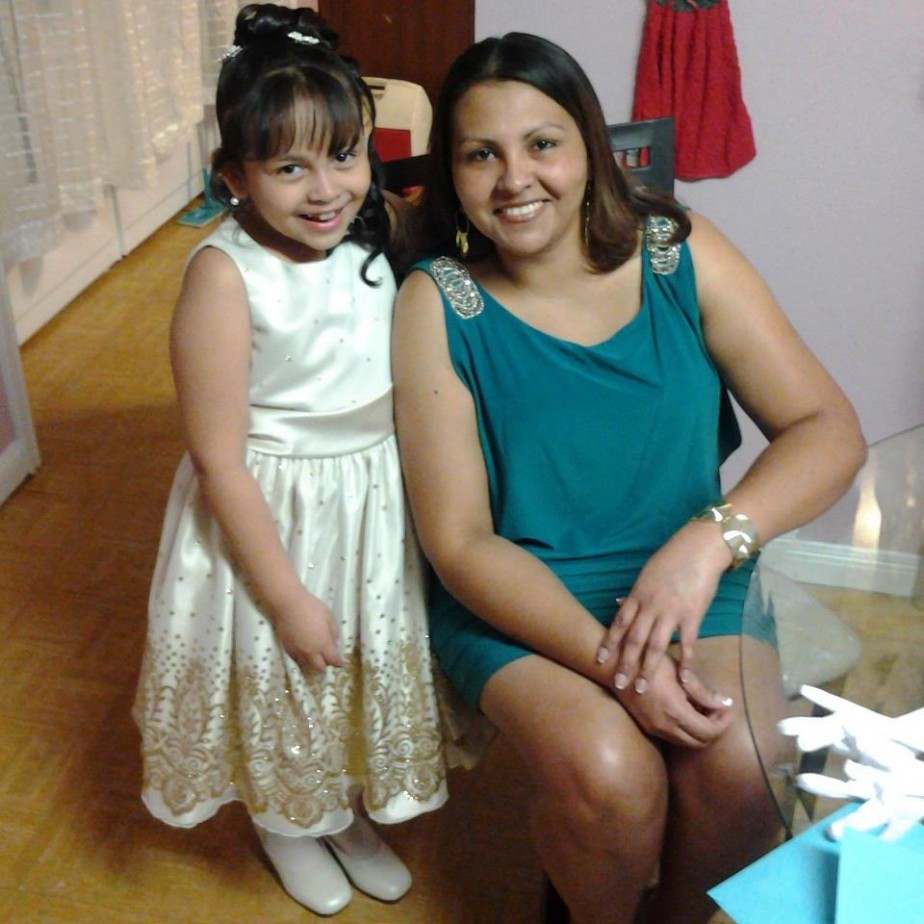 UPDATE: Sandra was given a one-year stay of removal and will not be separated from her daughter. Thank you for supporting her.

UPDATE: Sandra was give a 6 month continuance, which expires in December. She continues to fight her deportation case.

Sandra Ortiz‐Meza is a single mom living in New Orleans who is a valued community leader. She has lived in the U.S. for almost 10 years, and takes care of her U.S. citizen daughter Karla Torres since her husband was deported years ago.

Sandra is not a threat to the community in any way, to the contrary, she has shown that she is a good mother and a community leader. Although Sandra does have one misdemeanor conviction, it was for a non-violent offense. She has remained an exemplary member of the community, and if given a chance to remain in the U.S. would continue to contribute.

Sandra is fighting to stay in New Orleans for her daughter, who she has always sought to provide better opportunities. Karla is a talented young woman who gets good grades in school, despite the family separation and trauma. Sandra wants Karla to have the opportunities she deserves, and to be able to grow up in the country where she was born. Please help Sandra stay with her daughter. Sing below to send an e-mail to ICE asking them to stop Sandra’s deportation.

I am writing in support of Ms. Sandra Ortiz‐Meza (A# 088-926-849) to request that Immigration and Customs Enforcement use discretion to stop her deportation. Ms. Ortiz-Meza has a U.S. citizen daughter, is a valued community leader, and a single mother who has inspired many in her community through determination and passion. I urge you to consider exercising prosecutorial discretion as described in the June 17, 2011 memoranda, Exercising Prosecutorial Discretion Consistent with the Civil Immigration Enforcement Priorities of the Agency for the Apprehension, Detention, and Removal of Aliens and Prosecutorial Discretion: Certain Victims, Witnesses, and Plaintiffs.

Ms. Ortiz-Mesa has lived in the United States for almost 10 years and has close ties to her community. She is the single mother of Karla Torres, a United States citizen. Karla’s father, Carlos Humberto Torres was deported several years ago, and Sandra has cared for her daughter on her own since then. Her daughter gets excellent grades, despite the family separation, and is a talented little girl. If forced to go with her mother to Honduras, she will not have the same educational opportunities she does in her home country.

Ms. Ortiz is not a threat to the community in any way, to the contrary, she has shown that she is a good mother and a community leader. Although Ms. Ortiz –Mesa does have one misdemeanor conviction, it was for a non-violent offense. She was arrested after, in an act of desperation to provide for her family, she pled guilty to attempted theft of goods at a second-hand clothing store. She has remained an exemplary member of the community, and if given a chance to remain in the U.S. would continue to contribute.

For all the reasons listed above, I ask that you please consider prosecutorial discretion to stop Ms. Ortiz-Mesa’s deportation. I believe that families should remain united. As a single mother, Sandra should be allowed to stay in the United States with her U.S. citizen daughter.