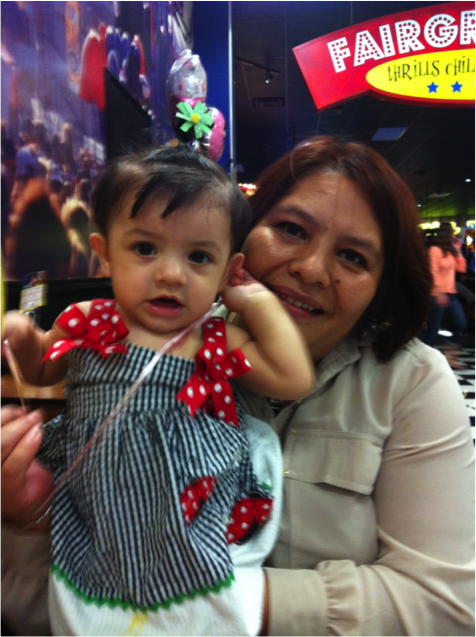 Update: Susana made the decision to not fight her case. She signed a voluntary departure and left.

Susana Hernandez Gomez, (A 077 586 551) first came to the United States in 1994 as a 24-year-old single mother because she was unable to provide for her two young daughters, then ages 1 and 5. She was in despair and seeking a better life for her living children after her two-month-old daughter passed away due to respiratory problems.

Susana is a survivor herself, currently battling Cervical cancer and the shingles.

Today, Susana’s surviving daughters, Susana (20) and Diana (24), have spent most of their lives in the U.S. and are now both lawful permanent residents. Susana also has 2 grandchildren, Analisa and Jacqueline, and married a US citizen in 2003.

But ICE wants to deport Susana separate her from her family.

In 1999, Susana’s mother died and she returned to Mexico to be at her funeral, as any daughter would.  But when she tried to re-enter the US, ICE  stopped her and ordered her to go back, and like any mother, she returned anyway to raise her 7 and 11 year old daughters.

Susana was caught up by our inhumane immigration system when the local police stopped her as she was dropping off an acquaintance. Though the police found drugs on the passenger, but Susana was found innocent. However, she was still brought into ICE custody and her previous deportation order was reactivated.

Please help her stay with her family by signing the petition below.

Thank you for your support,