With Baby’s Life in Danger, Gerson is Fighting to Stay with his Family

Gerson Flores-Salgado (A 099-518-094) is currently being detained at the South Louisiana Correctional Center. He is a caring father of one U.S. citizen son, and has another baby on the way. His wife, Jare, has been struggling to make her medical appointments, and her husband’s deportation has caused stress on her pregnancy, making it dangerous for the baby on the way. Gerson has no criminal record, is a contributing member of his community and church, and only wants to support his family.

Please take a moment to sign this petition, and make a call in support of letting Gerson stay with his family.

Gerson was detained when him and his wife were driving back from Church, and were stopped by immigration agents during an operation. Gerson, who was driving, was asked for his identification. Because of a prior deportation, Gerson was taken into custody. His wife, Jare, remembers the incident:

“I was in the car with my son. He was horrified by the experience and was crying the entire time. I am afraid that this incident will permanenty traumatize my son. After he was arrested, we were left stranded on the side of the road with no way to get home”

Now she is organizing with her community and asking support for her husgand. She says “I was very excited when I heard president Obama’s announcement that ICE would be using discretion to stop some deportations. I beleive that Gerson’s deportation should be stopped because he is a good man, a father, and has never harmed anyne. He has no criminal record. In the church, he has helped many youth turn to God in their time of need”

Gerson already missed the birth of his first son, because he had been deported to Honduras. With his family as the reason he came back, he wants to be here for the birth of his second child. Please sign below to stop Gerson’s deportation. 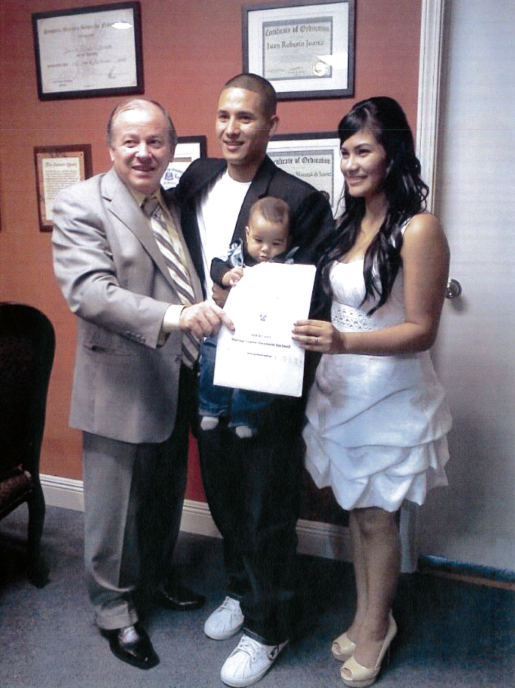 In Boston, Roger Was Pulled Over for Stealing His Own Car
Moises: Deported on his 24th Birthday
Comments