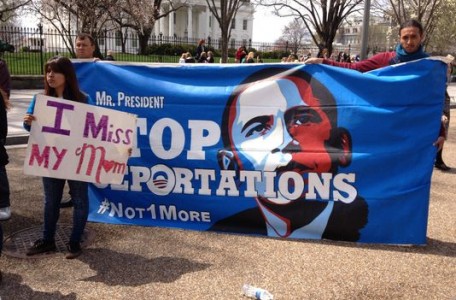 In recent weeks, unified opposition to the Obama Administration’s deportation policy has resulted in hurried meetings at the White House meant to divide the immigrant rights movement, as the Obama administration has rushed to fend off mounting criticism by arguing that its deportation record is not as bad as it looks. We can expect more top-down pressure on opinion-makers in an attempt to contravene growing pressure that is being built from the bottom-up. Read more
Search the Blog
Video: Accompany the Struggle to Say No More Deportations
Click to Stop their Deportations