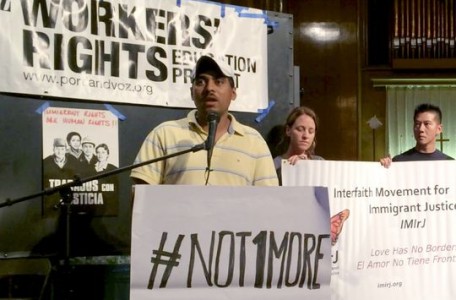 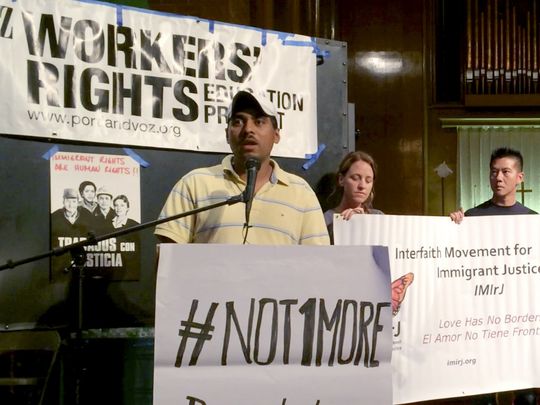 But during his stay in sanctuary, ICE switched its pursuit from civil immigration to a criminal case that enlisted the participation of the U.S. Attorney. In an example of a recent increase in prosecutions for re-entry from the Department of Justice (DOJ), U.S. Marshals served him with an indictment for a felony charge relating to Francisco’s return to the U.S. after being deported some 15 years ago, for which he could spend years in prison if found guilty and then eventually deported. END_OF_DOCUMENT_TOKEN_TO_BE_REPLACED