Sanctuary Movement leaders who have offered their congregations as spaces of refuge for immigrants facing deportation are outraged by the news that Immigration Customs and Enforcement and the Department of Homeland Security plans to conduct raids targeting families who have fled violence and persecution in Central America.

Faith leaders from many traditions remind our decision makers that the story of Christmas the birth of Jesus, a child born in a stable, whose refugee family then fled the political violence that could have killed him as a baby. END_OF_DOCUMENT_TOKEN_TO_BE_REPLACED

Imagine the person you love most being taken from you. Your spouse, your parent, your sibling, shipped off with little warning. Or imagine having grown up in the United States and being deported to a country in which you have no friends or family, no prospects for work. You don’t even speak the language.

For scores of people, these scenarios are not imaginary. Every day, about 1,000 people are deported from the United States. Devastated spouses and children, families torn apart by U.S. immigration policy, are left to pick up the pieces. This week, dozens of people affected by the U.S. deportation policy are marching the Trail to End Deportations. Their trek began at the Phoenix office of the U.S. Immigration and Customs Enforcement (ICE) office and ends at the Eloy Detention Center, drawing attention to the immoral practice of mass deportation.

“We walk to Eloy as part of the National Day of Action against Deportations because we need to make our suffering known, and also our power,” the marchers wrote in a recent statement. “Eloy is known as one of the worst detention centers in the country: two people committed suicide there in the last year and solitary confinement is a regular punishment for trying to exercise your rights inside.” END_OF_DOCUMENT_TOKEN_TO_BE_REPLACED

An Ash Wednesday Liturgy for an End to Deportations

Tags: andersen, ash wednesday, faith
Comments: No
Prayers on Ash Wednesday for Immigrants’ Rights in 2014 - Developed by Rev. Noel Andersen Greeting Ash Wednesday is a tradition designed repent from our sin and transform our lives and our communities to be focused on the love of God. Every day 1,100 people are deported tearing families apart and over the last five years nearly 2 million immigrants have been deported. As we prepare spiritually for Easter, let us repent from the structural sin that is our broken immigration system, causing daily separation of thousands of families and children left without parents. Together let us pray for full integration and inclusion to welcome our immigrant brothers and sisters into our communities and congregations. Read more
17 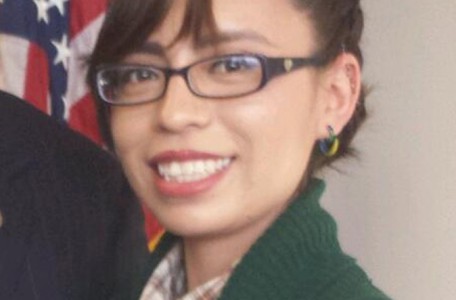 At the age of six I could not fully comprehend what it would mean for me to never be able to see my father again. As my aunt had put it "God had called for him" and at that time I would have never imagined how difficult it would be to not have him around. I remember staying up late at night sobbing, with a knot in my throat, trying really hard to not wake my little brother of four years old, thinking and asking God "Why? Why did this happen?" This horrible tragedy was out of our control, it was something we could not change. Read more
18

A Refocus of Strategy on Immigration Justice: Not One More Deportation

The following opinion piece was written by three Unitarian ministers in Arizona as a reflection on right relation and strategic direction for faith leaders’ participation in the immigrant rights movement after their participation in mass protests to “shut down ICE” in October of this year. It is not often in the news. Every day, more than 1,100 people are removed or deported from the U.S. The number adds up to roughly 400,000 per year – a quota set by President Obama’s administration. Families are being torn apart every single day.

From the days of the Hebrew prophets and long before, people of faith have acted up and spoken out to counter abuse and oppression. Our faith instructs us to treat every person with worth and dignity and to remember that what affects one affects us all. Compassion is calling for a refocusing of strategy.  END_OF_DOCUMENT_TOKEN_TO_BE_REPLACED