Tags: conroe, geo group, hunger strike, tacoma detention center, texas
Comments Off on BREAKING: Hunger Strikes Spread to Texas Detention Center
Tacoma, WA, Conroe, TX - After a massive hunger strike inside the Tacoma Detention Center reached its 11th day, detainees found their effort spreading to other facilities inspired by their demands. Last night at midnight, immigrants held at the Joe Corley Detention Center in Conroe, TX initiated their own fast in protest of their treatment at the facility run by the same company, the GEO Group, and as part of the nation-wide call for an end to deportations. Read more
13

“Obama is trying to vanish us” – Democracy Now 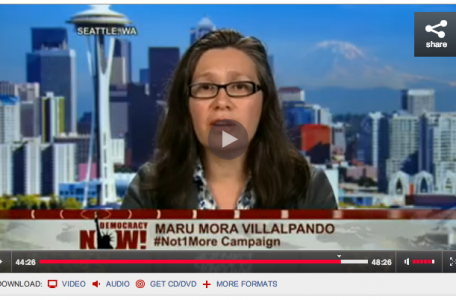 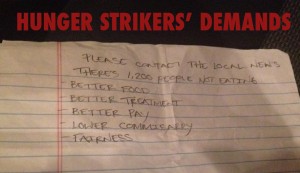