More Allies Say: “I Will Not Meet With the White House” 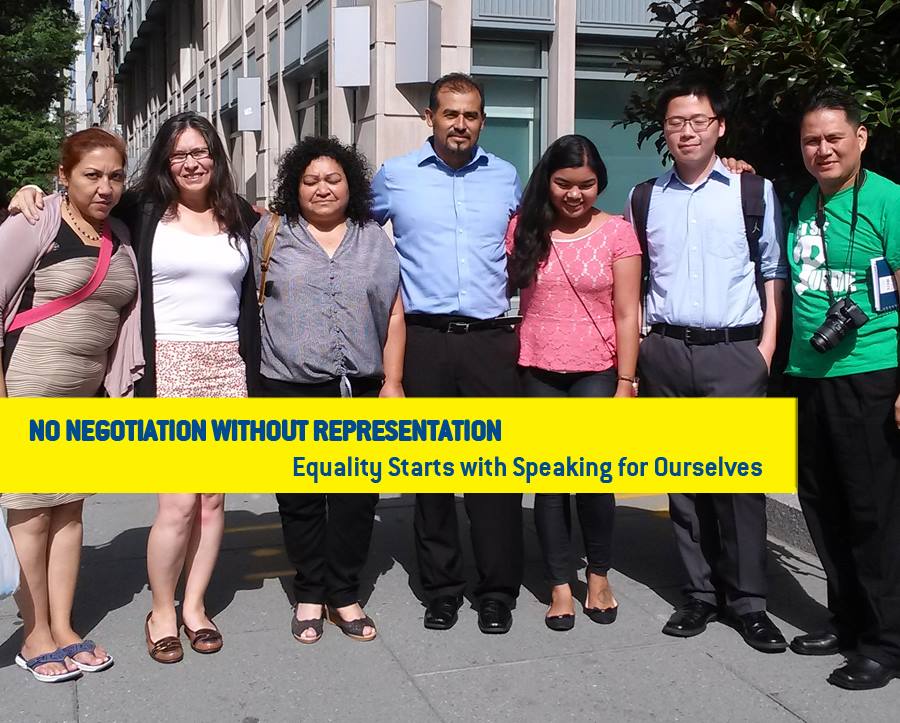 Even before the White House announced the decision to yet again prioritize elections over immigrant rights, Latino, labor, and immigrant leaders saw the writing on the wall. The announced delay was sadly predictable when President Obama has refused to meet in person with the people he is trying to deport every single day.

“I will not meet with the White House until he meets with the real leaders of this movement: those directly affected.” With those words last Friday, in a room full of Washington DC immigration advocates, the Vice President of the AFL-CIO, Tefere Gebre, announced his support for a boycott of White House meetings until those persons most directly impacted by the President’s deportation policies are included in a meaningful way.

On the same day, the National Hispanic Leadership Agenda—a coalition of 39 organizations including MALDEF, the HNBA, and NALACC—announced they would also join the boycott of immigration meetings with the President until they meaningfully include persons impacted by deportation policies. END_OF_DOCUMENT_TOKEN_TO_BE_REPLACED