Gurmukh Signgh, father of 2 is released from ICE custody to reunite with his family 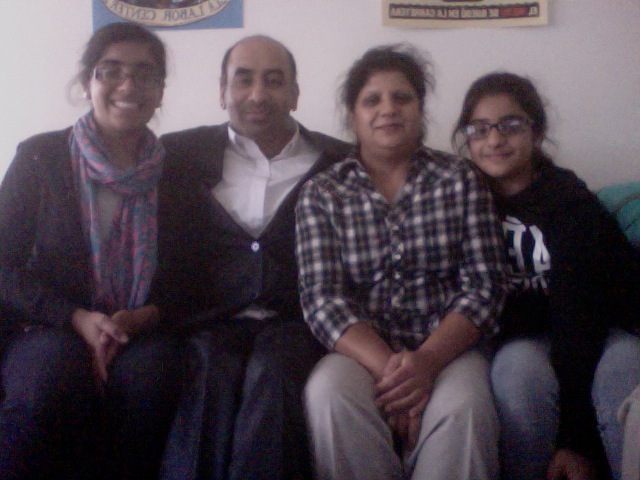 As Gurmukh Singh is released from ICE custody, the immigrant community demands ICE to grant him prosecutorial discretion

SANTA ANA – On October 9th, Immigration Customs Enforcement releases Gurmukh Singh under bond. After 5 months and a half of being in detention at the California City Correction Facility, legal and grass-roots advocacy led by immigrant youth group RAIZ-KOFT (Keep Our Families Together) and Asian Americans Advancing Justice (AAAJ) played a key role in obtaining his release. Now Gurmukh is finally reunited with his U.S. citizen wife and daughters in Garden Grove, CA.

Even though the Singh family is now reunited, this does not end their struggle. Gurmukh Singh is still at risk of being deported because ICE has not granted him prosecutorial discretion and a stay of removal.

Last month, ICE Acting Director John Sandweg issued the directive Facilitating Parental Interests in the Course of Civil Immigration Enforcement Activities. According to this directive, special consideration should be made in the placement, detention, and deportation of immigrants who are primary caretakers of minor children. As a father of two U.S. citizen children, Gurmukh Singh should be given this special consideration.

Gurmukh has no previous criminal record; his family has suffered emotionally and psychologically. He is a loving family man, an active community member, and a caregiver for his elderly parents, and a volunteer at his congregation. He also fears he could be killed if he is deported to India. Please help Gurmukh and his family, by calling the San Francisco ICE Field Office and send them an email asking that ICE grant him prosecutorial discretion and a stay of removal.

RAIZ-KOFT is an immigrant youth group based in Santa Ana, CA and its an affiliate of the Immigrant Youth Coalition.