Deportation Defense for Members of Congress 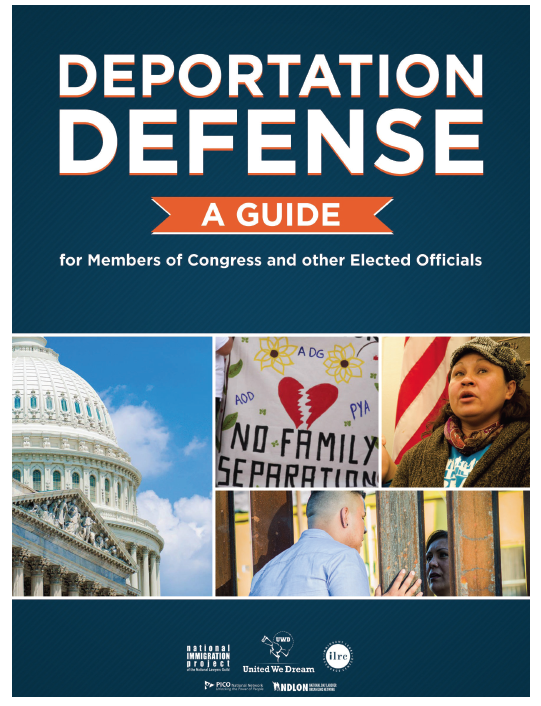 The Deportation Defense: A Guide for Members of Congress and Other Elected Officials is a step-by-step tool for members of congress to help protect their constituents  from continuing deportations.

When the guide was released on June 26, 2014, Rep. Raul Grijalva, issued the following statement: “Every day that Republicans stonewall immigration reform, another 1,100 people are deported from our country. That’s 1,100 families whose lives are entirely upended, and blame rests with everyone willing to stand by and let it happen. I refuse to be an idle witness to this ongoing tragedy, and I know many of my Democratic colleagues join me in wanting nothing more than to see it end.”