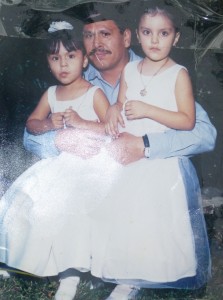 Yesterday I got a call from Manuel Martinez-Arambula, one of the leaders of the hunger strike inside the Joe Corley Detention center, from Mexico. Without his family’s or his community’s knowledge, he had been deported in the middle of the night, as retaliation for his leadership in the hunger strike. That night was also Manuel’s 50th birthday.

While Manuel was being forced into a deportation van, immigration officers lied to us, and told us he was only being moved to another detention center.

Manuel had spent his life in the U.S., having lived here since he was 8 years old. His wife is a legal permanent resident and he has a 13 year old daughter who is a US citizen. He is a civil rights leader who had been on hunger strike for 10 days, protesting the conditions inside the detention center. He is one more of over a dozen organizers who have already been deported.

His wife and his 13 year old daughter are devastated, but have decided to continue fighting and make their story public. Just this morning Melanie,

Manuel’s daughter, told her mother that she would not give up, and that she would continue fighting until her dad can come back home. Melanie told her mom that she had a dream, where someone told her that the war had not ended, that it was just beginning. 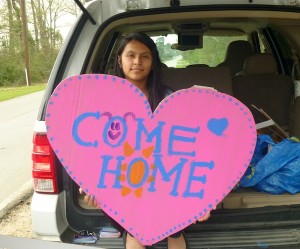