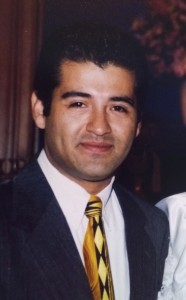 Hugo Castro is an HIV+ gay Salvadoran immigrant, a survivor of sexual assault, a church-going man, and a community volunteer for a support group for homeless youth. Although he has lived in the United States for over 31 years, and fears persecution if sent back to El Salvador, he is now in a Houston detention center, and could be deported at any moment.

Please make a call to make sure that Hugo does not get deported today.

Suggested script: “I am calling because I am very concerned with the deportation of Mr. Hugo Castro Perez, A# 205-908-999. He has lived in the US for over 31 years, he is a Salvadoran gay man who is also HIV positive and fears violence if deported. I understand that there are negative factors his is case, however, he has become a reformed man, and is not a danger to his community. I urge you to look at the positive factors in his case and use prosecutorial discretion to stop his deportation”

ICE has every Hugo’s request to stop his deportation because of a drug-related arrest 7 years ago. It was this arrest that made Hugo realize that he needed to turn his life around, and led him to be an example to his community.

In addition to the fear he has of being targetted for his HIV status and sexuality if deported to El Salvador, he wants to continue his work with homeless and gay youth in his community, giving back to those who have helped him survive.

Even in detention, he has continued to help others as a jail-house lawyer, giving consults to other detainees in the library, and has succeeded in getting some immigrants out. Please sign his petition here, and make a call.