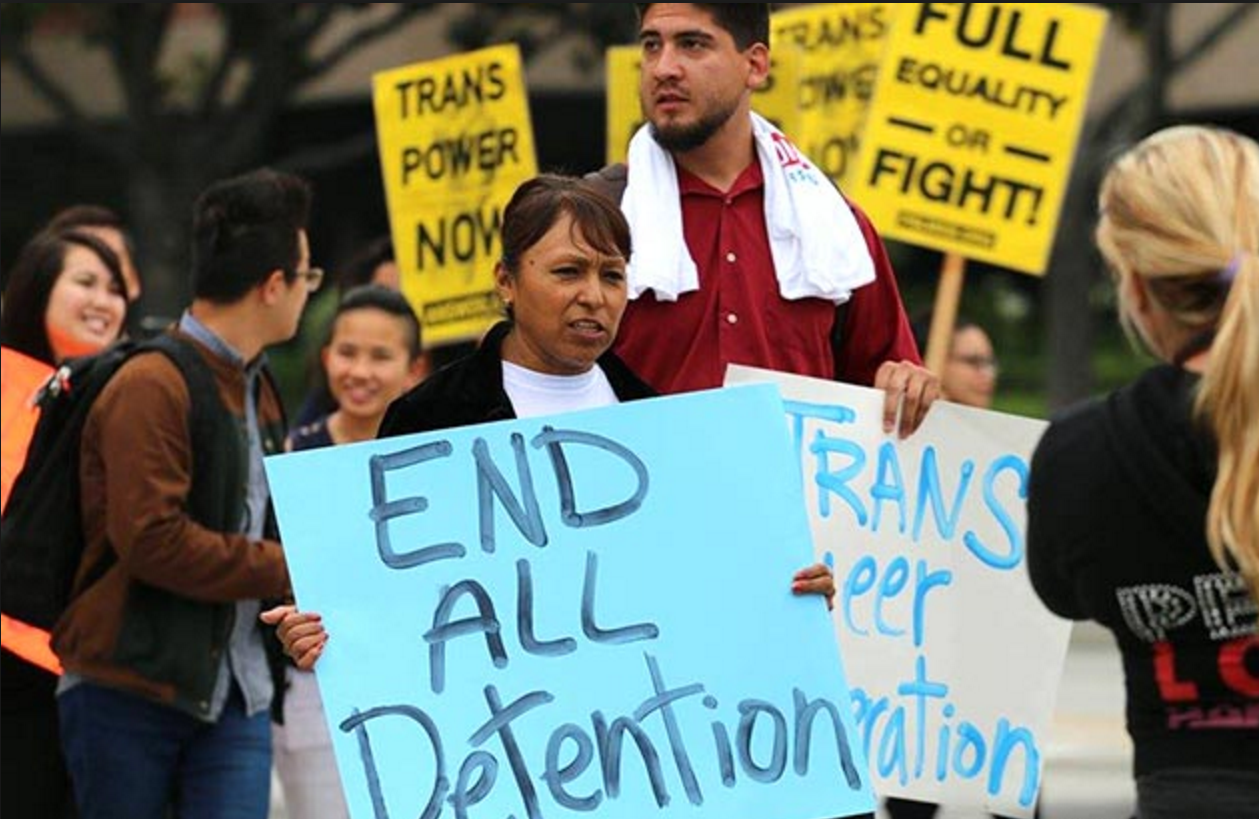 In the wake of the announcement that the Department of Justice would phase out its private prison contracts after a scathing OIG report, The #Not1More Campaign, Color of Change, Black Alliance for Just Immigration (BAJI), and others called for the Department of Homeland Security, whose immigrant detention system makes up the larger portion of private facilities, to follow suit.

Earlier today Secretary of the Department of Homeland Security (DHS) Jeh Johnson announced that he had ordered an evaluation of whether immigration detention should move towards reducing and ultimately ending its use of private prisons.

“With the Department of Justice phasing out its use of private prisons, the Department of Homeland Security should make clear now that it will not be those companies replacement customer,” said Jacinta Gonzalez, Mijente Field Director on behalf of the Not1More Deportation Campaign. “DHS’ detention system has proven to be cruel and costly. It’s past time that DHS end the practice of detaining immigrants and this review should move it in that direction.  Whether it is in the CCA-run Eloy facility where a series of suspicious deaths sparked hunger strikes and four recent sexual assault cases remain uninvestigated or in the Berks family detention center where refugee mothers demand their freedom, or the trans pods in Santa Ana where detainees face abuse, the country’s detention system represents a major crisis made worse by companies profiting from the suffering of the people kept inside..”

Rashad Robinson, Executive Director of Color of Change, stated, “The private prison industry is one of the most entrenched obstacle to ending mass incarceration. DHS is the biggest benefactor of an industry that profits from the suffering of hundreds of thousands of men, women, and children — a disproportionate number of which are Black. As long as the private prison industry spends millions attempting to buy politicians and elections, we cannot have real criminal justice or immigration reform. The federal government has the opportunity to be a part of the solution and they can start by no longer bankrolling for-profit incarceration.”

Carl Lipscombe, BAJI Policy and Legal Manager, added, “The Department of Homeland Security’s (DHS) announcement is long overdue, yet somewhat concerning, as the numerous human rights abuses and discriminatory policy and practices in immigrant detention are well documented. The truth is that the DHS’ private detention contracts have become a large part of our costly, failed immigration system, and the announcement does not state a commitment to ending this system. DHS should move swiftly to cancel its contracts with private prison corporations.”

Gonzalez concluded, “The review also gives DHS an opportunity to review their standards and reliance on detention altogether. To be effective, it should include community input, independent oversight, and ensure its scope contains the practices which put immigrants in detention facilities in the first place including the use of detention for transgender immigrants, mandatory detention guidelines, and the unreasonably high bonds set in immigration court.”