Release Jose From Detention and Reunite Him With His 3 Children! 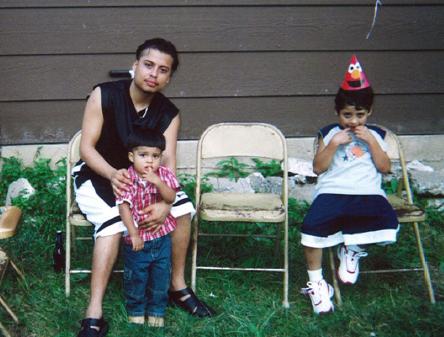 Jose Espino-Cervantes (A# 205-283-427) came to the U.S. 13 years ago as a teenager in search of a better life. About two weeks ago, ICE agents went to his home, refused to identify themselves as ICE agents, questioned his wife extensively, and arrested Jose in front of his children.  His wife believes that ICE sought out Jose due to an encounter he had with Chicago police. If Chicago truly were a sanctuary city, Jose’s information would have not been shared with ICE.

Jose is the father of three young children, his youngest children who are two and five years old are U.S. citizens. He is the main provider of his household, which means that his absence has been a significant emotional and financial burden.  His wife has been emotionally stressed as she has now had to take care of both the parenting and financial responsibilities on her own.  She is feeling completely uncertain about the future of her family since Jose’s detention.  Their children have felt anxiety over their father’s absence and continuously ask when their dad will come back.
According to the Obama Administration’s recent memo, “careful consideration should be given to cases involving parents or legal guardians who are primary caretakers and those whose minor children are U.S. citizens or legal permanent residents.”  ICE should be releasing Jose immediately as indicated by Obama’s prosecutorial discretion guidelines.  He is the main-provider of his family and his family urgently needs him back!