Update October 10, 2015: Rodrigo was transferred to three detention centers in three different states, before he was physically forced to give his fingerprint and a guard forged his signature on his deportation papers.  He was then deported to Mexico.  We are working with Rodrigo and his family to resubmit his humanitarian parole so that he can come home. Stay tuned about ways to continue to support!

The doctors don’t yet know what illness Fabiola has, but they know that if she got to the hospital even one day later, she might have lost her arm. Fabiola and her two younger siblings are all U.S. citizens, but they had been living in Mexico after their dad, Rodrigo Gamboa Caraveo, was deported when trying to adjust his status in 2004. Fabiola, her brother, sister, and mother returned to the United States with visas when she got very sick, as she was unable to get the healthcare she needed in Mexico.
Rodrigo applied for humanitarian parole to be with his family during this difficult time, but was denied. Desperate to be with his sick daughter, he crossed the border near Douglas, AZ and was arrested by Border Patrol. He’s been serving a three-month criminal sentence for re-entry, and will be transferred to ICE around September 25th.
Rodrigo could be deported for trying to reunite with his family, even though the medical care Fabiola needs is only available in the U.S. Fabiola’s condition could be life-threatening, and her family knows her only hope is to continue care with the doctors she is working with in Phoenix. No one should be punished for trying to support their family in such a desperate time.
Send an email to ICE telling them to stop Rodrigo’s deportation and grant him humanitarian parole! No family should be separated!


Read the letter sent to ICE in support of Rodrigo
To Phoenix ICE Field Office, Albert Carter, Thomas Giles, Michael Zackowski:
I am writing in support of Rodrigo Gamboa Caraveo (A#074-321-446), loving father of 3 U.S. citizen children. He is currently in U.S. Marshal custody and will be transferred to your custody on September 25th. Please grant him humanitarian parole, in order to be with his daughter as she undergoes significant medical procedures related to her many chronic health problems.
Rodrigo has no charges other than re-entry. He was deported while trying to adjust his status in 2004, after nearly a decade in the Phoenix area.
Rodrigo’s daughter can only get the medical care she needs in the U.S. and she needs her father by her side. Rodrigo needs to be with his family during this difficult time. I urge you to grant him humanitarian parole.
Thank you, 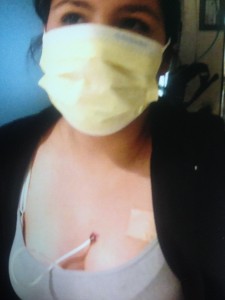 Luis is eligible for DACA, so why is he in Eloy?
Georgia Mother In Deportation After Speeding Stop While Taking 9-Year Old Son to Hospital
Comments