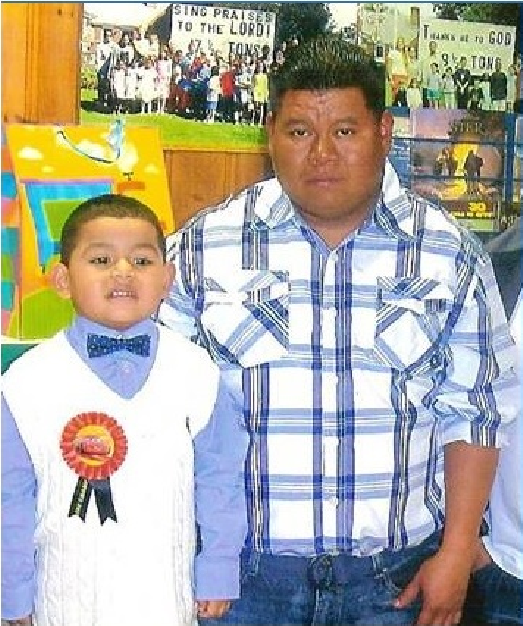 Wilfredi Ayala is a day laborer from Long Island, New York who has lived in the United States for almost 10 years. He has a 4 year old son, Justin, who is sick and has severe allergies. Wildredi is Justin’s sole economic support.

Wilfredi was arrested when he found a shortcut to get to his work through a school. He pled to a non-criminal misdemeanor, but was still placed in deportation and transferred to immigration detention. ICE says that he is a priority because in 2005, when he first came to the United States, he was stopped at the border and missed his court date. Ten years later, Wilfredi has built a life here and has worked hard to raise his son.

Please send an e-mail to ICE below urging them to release Wilfredi from detention and stop his deportation.

Letter to ICE in support of Wilfredy Ayala

I am writing because I am very concerned with the detention and potential deportation of Mr. Wilfredi Ayala (A# 098-651-976) currently detained at the Elizabeth Contract Detention Facility.Mr. Ayala has been in the United States for almost 10 years, has no criminal history, and is the sole economic provider for his 4 year old U.S. citizen son, Justin. Justin suffers from severe allergies, and has often required “special anesthesia.” His allergies and treatment often preventing from eating. In addition, he has been traumatized and constantly crying and asking for his father.

Mr. Ayala was brought to the attention of ICE in January of 2014 when he was arrested after taking a short cut to work through a school property, for which he pled to disorderly conduct, a non-criminal violation. I am very concerned that Mr. Ayala might be deported away from his son. Although there are some negative elements in his case, including a prior removal, he has no criminal history and is not a threat to the community. In addition, he is the sole economic support for his U.S. citizen son, who would suffer greatly if he were to be deported. Thank you,

Texas Father of 2 to be Deported
Eliseo is set to be deported tomorrow! Sign and share
Comments