Chicago Day Laborer Targeted by ICE Fights To Remain with His Children, Against Deportations 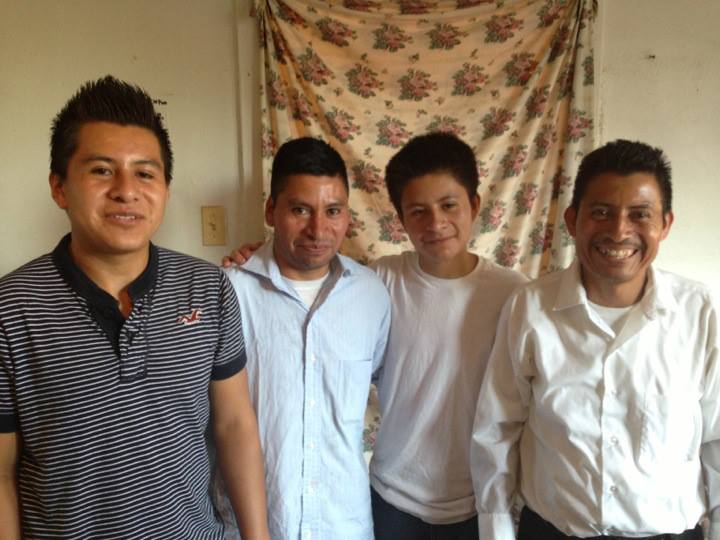 On June 12, 2013 Israel Lopez Bautista was looking for work at the oldest Chicago day laborer corner,  Foster and Pulaski, when 2 immigration agents approached a group of workers, and asked for their identifications. After Israel showed the agents his consulate ID card, the two agents took him into custody.

That same day, Israel found himself in an immigration detention center in Dodge County, Wisconsin.

After a strong response by the immigrant rights community in Chicago, Israel was released 3 days later, and dropped off far away from his home, again by immigration agents, with a date to check-into immigration.

Since his release, Israel and his family have been active in his community actively participating with the Latino Union, a worker’s collaborative in Chicago, attending meetings, conferences and rallies in Illinois, and even in Washington D.C., fighting for the rights of day laborers and immigrants like him.

Israel is a hard working man, has no criminal history, is a dedicated member of his church, and has made Chicago his home, along with his 3 children. His community and family are all brokenhearted about Israel’s detention, and outraged at the conduct of the immigration agents and ICE. Please support Israel by sending immigration the e-mail below.

I am writing in support of Mr. Israel Lopez Bautsita (A# 094-924-950), a Chicago father of three who was detained by Immigration and Customs Enforcement while looking for work, at the oldest day laborer corner of Chicago.

On June 12, Mr. Lopez Bautista, was looking for work on Foster and Pulaski streets, when according to witness testimony a pair of Immigration and Customs Enforcement agents approached the group of 5 men, and asked for their identifications. After Israel showed the agents his consulate ID card, the two men took Israel into detention. That same day, Israel found himself in an immigration detention center in Dodge County, Wisconsin.

I urge you to consider releasing Mr. Lopez Bautista using prosecutorial discretion, and to close his deportation case.