Illinois Father Betrayed by Police and Turned Over to ICE 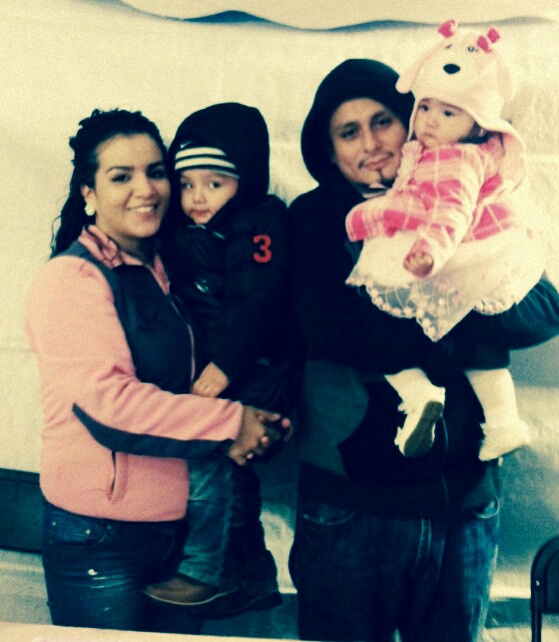 On February 22nd, Diana Palencia answered the door of her home in Addison, IL and greeted two police officers who asked to speak to her husband Rigoberto. After work, Rigoberto went to the police station. When he arrived, he was put under arrest for a parole violation that had occurred 5 earlier and sent to Dupage County Jail. A month later, he was turned over to ICE, transferred to Tri-County Detention Center and told he could be deported to Mexico any day.

When Rigoberto went to the police station, he went because he trusted the police and wanted to help them protect his community. He did not suspect they were working with ICE. His trust was betrayed, and now is he is facing deportation. Collaboration between police and ICE undermines immigrants’ confidence in law enforcement and makes our communities less safe.

Rigoberto needs to stay in Addison to support his family. He is the sole economic provider for his wife and two children who are all United States citizens. He also helps to care for and support his brother who suffers from a serious heart condition that prevents him from working regularly. Rigoberto came to the United States when he was 16 years old and has lived in the United States all of his adult life.

ICE says that Rigoberto is a high priority for deportation because he was convicted of driving under the influence of alcohol in 2006 and 2009. He paid fines, served 3 months in jail and was ordered to participate in a probation program. 2010 was a tumultuous year in Rigoberto’s life. He was unable to meet the terms of his probation and moved out of state. Since returning to Illinois and marrying Diana, Rigoberto has confronted his problems with alcohol. He no longer drinks excessively and had begun participating in an alcohol abuse support program in January before he was arrested. If Rigoberto was a citizen, he would have spent 17 days in jail for violating probation. Because he is undocumented, he could be separated from his wife and children for 20 years.

Rigoberto was deported to Mexico in April. Thank you for your support.

Placed in deportation because boss is scared of ICE
Judge Agreed Victoriano Was Racially Profiled and Dropped Charges, But Now Faces Deportation
Comments