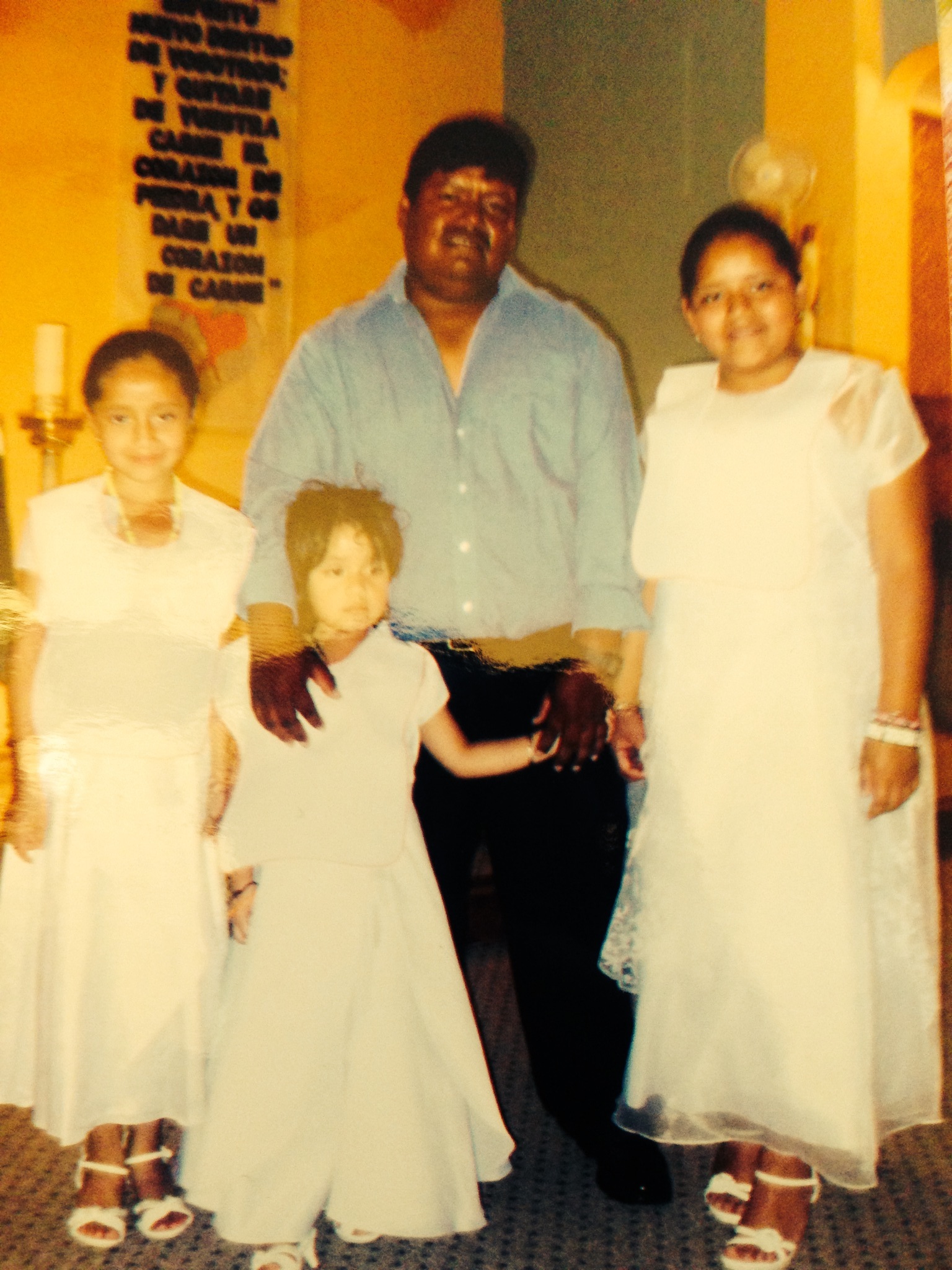 Victoriano Aguilar Reynoso is the caring father of 3 United States citizen daughters, and is married to a Legal Permanent Resident. He is the only source of income for his family. Victoriano and his partner have been involved with Just Communities of Western Massachusetts, a grassroots community organization, for more than four years. He is  also an active member of his faith community, which has rallied around him to support his family in this difficult time.

Victoriano was stopped by police, in an incident that even the judge agreed was racial profiling. During the 4-months Victoriano was detained on dismissed charges, and since he has been transferred to ICE, his children have suffered extreme emotional trauma. They struggle to understand why their father, who has fought so hard for them in the past, would be stolen away from them.

Victoriano has two prior deportations, but it has all been a fight to support his family. Returning to this country after his first and second deportation was a selfless act to support his partner and 3 citizen daughters. ICE has also refused to release him saying that he is being investigated for human smuggling. This is an indiscriminate investigation of anyone who has passengers in their car while driving near the border, even if just driving other immigrants  to work.

Lastly, ICE has also brought up Victoriano’s past interactions with the police. He has convictions from more than a decade ago, for driving infractions and an incident of harassment. On the second count, he lacked adequate legal advice about the charges, and plead guilty, and is now working to vacate the plea. Regardless, in the last ten years, he has made a conscious decision to be a model father. He has become heavily involved in his faith community, and working for the safety and security of his community at large.

Please tell ICE to stop his deportation and tell the office of Senator Markey to support his constituent, and keep him together with his family.
Click here to see letter to ICE in support of Victoriano

I am writing because I am very concerned with the potential deportation of Mr. Victoriano Aguilar Reynoso (A 037-719-715). Mr. Aguilar Reynoso is the caring father of three United States citizen daughters, and is married to a Legal Permanent Resident. Mr. Aguilar Reynoso and his partner, Ms. Santos Gutierrez have been involved with Just Communities for more than four years. He is an active member of his faith community. His community has rallied around him to support his family in this difficult time. Members of his church have fundraised three months rent to support the family, visited him, and sought to support his partner and children.

His children are the people most impacted by this ordeal. In the four-month Mr. Aguilar Reynoso was detained on dismissed charges, they have suffered extreme emotional trauma with their father’s absence. They struggle to understand why their father, who has fought so hard for them in the past, would be stolen away from them. Mr. Aguilar Reynoso has two prior deportations, but it has all been a fight to support his family. Returning to this country after his first and second deportation was a selfless act to support his partner and three citizen daughters.

I understand there are negative factors in his case, but I believe the positive factors outweigh the negative. I urge you to please consider granting Mr. Aguilar Reynoso a stay of removal and stopping his deportation.

Click here to see letter for the office of Senator Markey

To: Office of Senator Markey

I am writing to ask you to do everything in your power to stop the deportation of one of your constituents, Mr. Victoriano Aguilar Reynoso. I am a concerned community member, and urge you to take action.

On December 1st, 2013, Mr. Reynoso (A 037-719-715) was detained by local police at a traffic stop. After being detained for five months at Ludlow County Jail, Victoriano’s case was dismissed after a judge ruled that his traffic stop was racially motivated.

Despite being cleared of these initial charges, Victoriano was then detained for immigration purposes by ICE (Immigration and Customs Enforcement), which placed him in deportation proceedings. He was detained on an ICE hold, as part of the controversial Secure Communities program is that being contested across our state and country. Were we to have passed the Massachusetts Trust Act, Victoriano would have been home with his family months ago. Victoriano is partner to Santos Gutierez Mazariegos and the father of three daughters — all U.S. citizens. He is the sole income earner for his household. He is a hard worker, a responsible father, and counted on by his family.

I am aware of the issues on Victoriano’s record, and ask you to take action despite these factors. I urge you to petition the regional ICE office on Victoriano’s behalf to stop his deportation so that he can return home to his family. Please join us in your support.