Loving father of 4 US citizen children in detention. Support Jaime, tell ICE he should be released and reunited with his family. 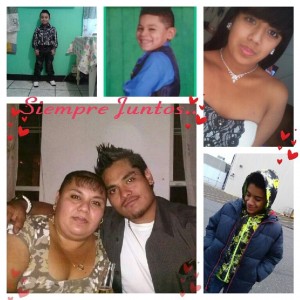 On January 14th, 2015 ICE officers detained Jaime Alberto Placencia-Lara (A#206-318-915)  and transferred him to Pike County Detention center in Pennsylvania on immigration charges. Jaime is the primary caretaker of  his 5 year-old  US citizen son, and three step children, ages 7, 11, and 15– all of which are  U.S. citizens. Jaime’s wife also needs Jaime back at home, she suffers from extreme health problems and has to undergo surgery on her stomach once a year. Her critical health condition prevents her from working and since Jaime was detained his family has  struggled to meet their basic needs.

Jaime came to the U.S.  when he was thirteen years old and started working to help his family. Over the years Jaime continued to support his parents and eventually started his own family. A year ago he was arrested on a DUI charge where served his time and paid his fines. Due to this incident an ICE hold was placed on Jaime and he began fighting his deportation charges.

For the last year, Jaime has been fighting both his DUI and immigration case. He has since served his time, gone to court and paid the fines for the DUI. However, despite fighting his immigration case from home for the last eleven months ICE is now detaining Jaime, preventing him from supporting his family.

Ask Philadelphia Field Office Director to release Jaime so he can return to his wife and four children and fight his immigration case from home, like he was doing for the last eleven months.

Update: On February 11, 2015  Jaime was released from immigration detention. Now Jaime is able to fight his case from home and continue to support his wife and four children. Thank you for supporting Jaime.
Message sent to Philadelphia ICE Field Director for Jaime

I am writing to you to bring to your attention the case of Mr. Jaime Alberto Placencia- Lara (A#206-318-915), who is being detained at Pike County Detention Center in Pennsylvania since January 14, 2015. Mr. Plascencia-Lara has one U.S. citizen child, 5 years old, and three step children, ages 7, 11, and 15 — all of which are U.S. citizens and rely on him for economic and emotional support.

I am aware that a year ago Mr. Placencia-Lara was arrested on a DUI charge, and that an ICE hold was put on him during his arrest. However, for the last year Mr. Placencia-Lara has been fighting his immigration case, he went to court, served time, and paid his fines for the DUI from 2014.

Moreover, Mr. Placencia-Lara’s absence has negatively impacted his wife who suffers from extreme health problems and has to undergo surgery on her stomach once a year. Her critical health condition prevents her from working and since Mr. Plascencia-Lara was detained his family has  struggled to meet their basic needs.

I ask you to please consider Mr. Placencia-Lara’s request to be released from detention so he can return to take care of his family and continue fighting his immigration case from his home, like he had been doing for the last eleven months.