Tags: ernestina hernandez, hunger strike, joe corley detention center, melanny martinez, texas, white house hunger strike
Comments: No
What: Press Conference Supporting Federal Legislation to Address Hunger Striker Demands Where: Mickey Leland Federal Building, 1919 Smith Street, Houston, TX, 77002 When: 4:00pm, Tuesday, May 13, 2014 Who: Ernestina Hernandez, Melanny Martinez, Alianza Mexicana and supporters Manuel Martinez' family continues their fight to bring him back after he was forcefully deported for participating in a hunger strike at Joe Corley Detention Facility. Since his deportation, Manuel's wife and daughter have testified in Congressional briefings and participated in White House protests in Washington DC. They are holding ICE accountable for the abuse against Manuel and his fellow detained immigrants during the hunger strike, including verbal and physical violence, prolonged solitary confinement, and forced deportations. Read more
20

An Open Letter to Sasha Obama from One Daughter to Another 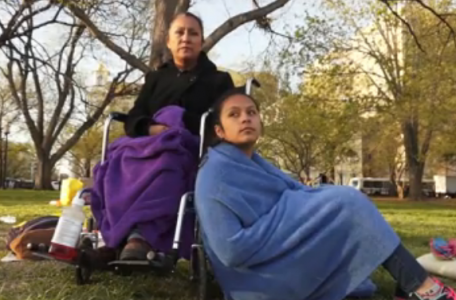 What would you do if your Dad never came back home?

My name is Melanny Martinez. I am thirteen years old and I am currently in the seventh grade at a Catholic private school in Texas. I know you go to private school too and you must understand how hard they can be sometimes. I wanted to write you a letter because I believe you could understand what I am going through. This might be a little odd and I don’t know if you will ever get to read this, but I thought it was worth a try.  END_OF_DOCUMENT_TOKEN_TO_BE_REPLACED