Tacoma, WA, Conroe, TX – After a massive hunger strike inside the Tacoma Detention Center reached its 11th day, detainees found their effort spreading to other facilities inspired by their demands. Last night at midnight, immigrants held at the Joe Corley Detention Center in Conroe, TX initiated their own fast in protest of their treatment at the facility run by the same company, the GEO Group, and as part of the nation-wide call for an end to deportations.

Immigrant rights activist Maru Mora Villalpando sees momentum building for reforms but expressed concern over the reaction of ICE and the GEO Group: “The hunger strikers are civil rights leaders taking a brave stand against inhumane treatment. At the Northwest Detention Center, GEO Group and ICE have retaliated by putting leaders in solitary confinement and threatening to force-feed others.  With the strike spreading to Texas, it’s time for ICE and GEO Group to recognize the detainees’ demands instead of engaging in retaliation.”

Bob Libal, Executive Director of Grassroots Leadership in Austin, Texas added, “Immigrants in detention should not have to go to such extreme lengths to blow the whistle on mistreatment within ICE’s vast and largely privatized immigration detention system.  GEO Group, the for-profit prison corporation that operates both these detention centers, has a well-documented track record around Texas of canceled contracts and scandal-ridden facilities, including at several prisons for immigrants in Texas.”

In the recent White House budget proposal to Congress, the administration sought funding for a quota of more than 30,000 individuals to be held in detention on a daily basis, upholding what has been an unprecedented practice of subjecting immigration enforcement to an arbitrary line item.  Detainees say that the treatment they receive is a result of the profit-seeking element that has inserted itself into the detention system. An attorney who confirmed the strike this morning after visiting the Conroe, TX facility, communicated the hunger strikers demands to be:

– Many of the cases already received final judgment and where closed several years ago, in some cases over 15 – 20 years ago. local, state of federal jails, and are sent to immigration to be processed
– Many of the detainees are coming from local state and federal jails where they have completed their sentences and are handed over to immigration to be processed

and said the detainees wanted it known that they were inspired by the on-going Washington State efforts.

An eight-page handwritten letter from the Washington State hunger strikers explaining their demands is available upon request. The letter states, in part, “[W]e join ourselves to that effort and demand that the Federal Executive (Mr. President Barack Obama) use his presidential authority and order a total stop to the unjust deportations that are separating families, destroying homes, and bringing uncertainty, insecurity and unhappy futures to our children, our loved ones.” 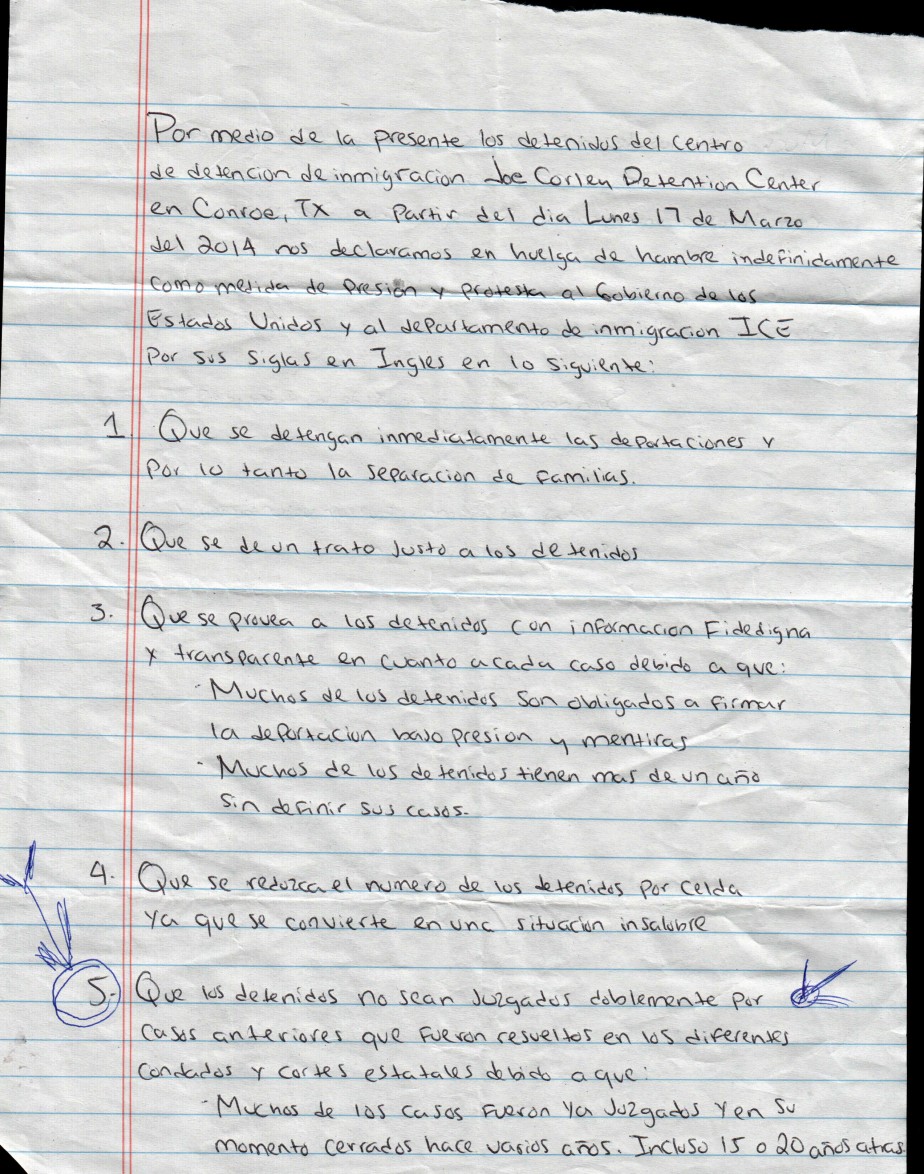 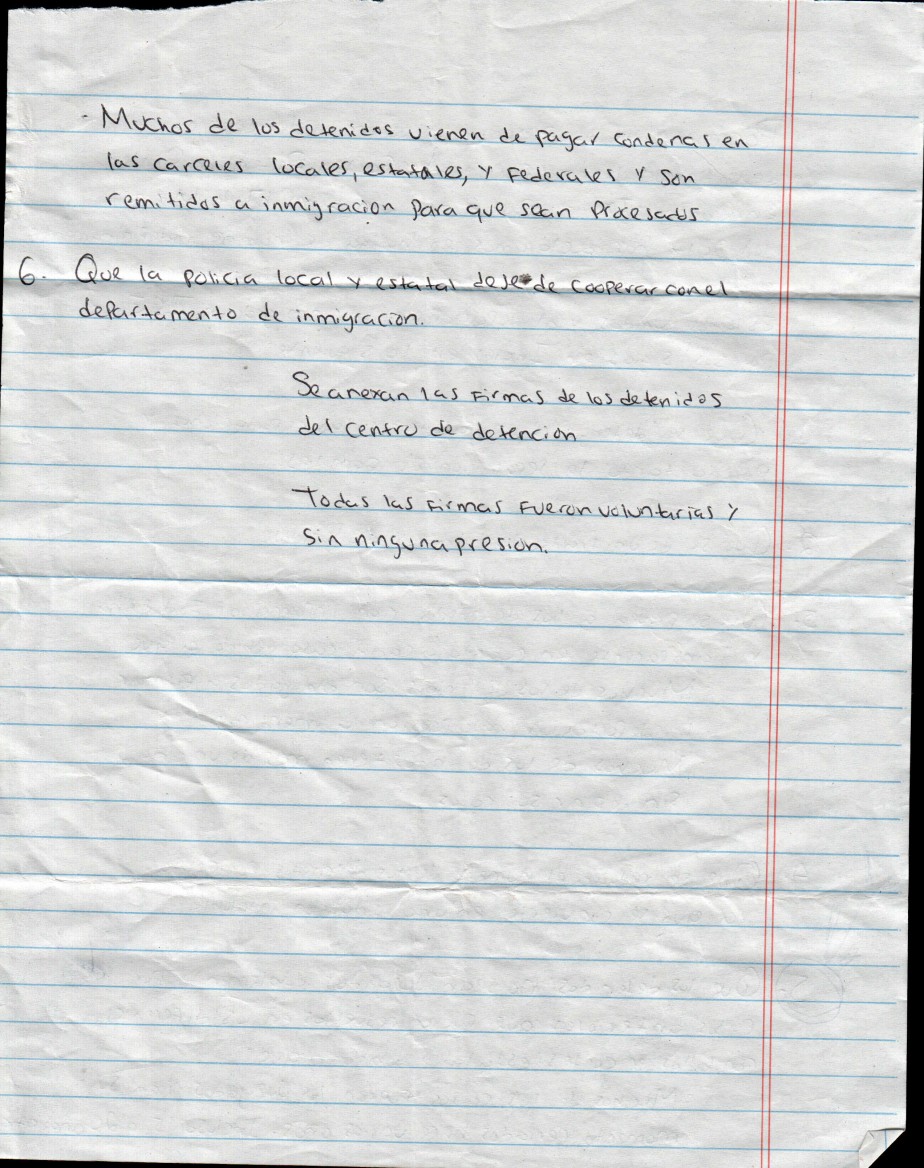 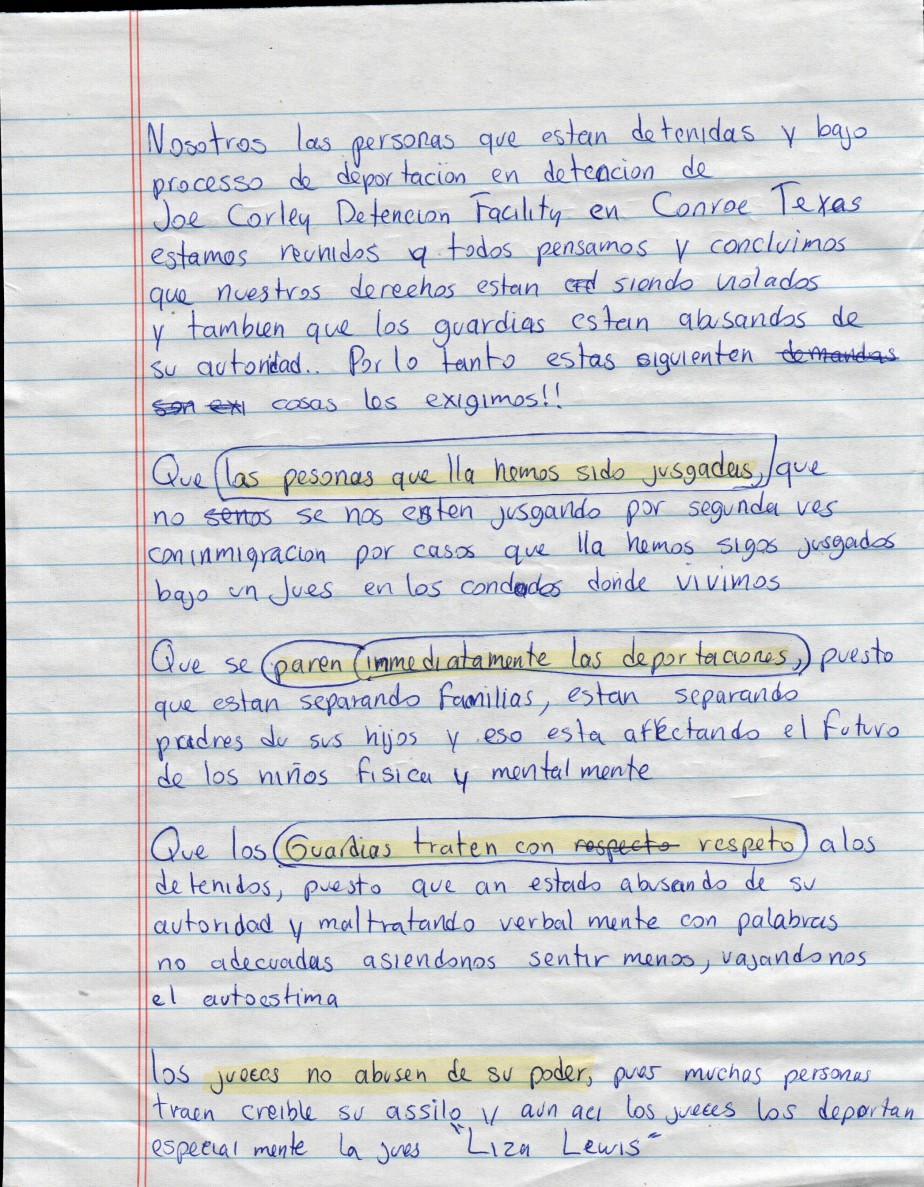 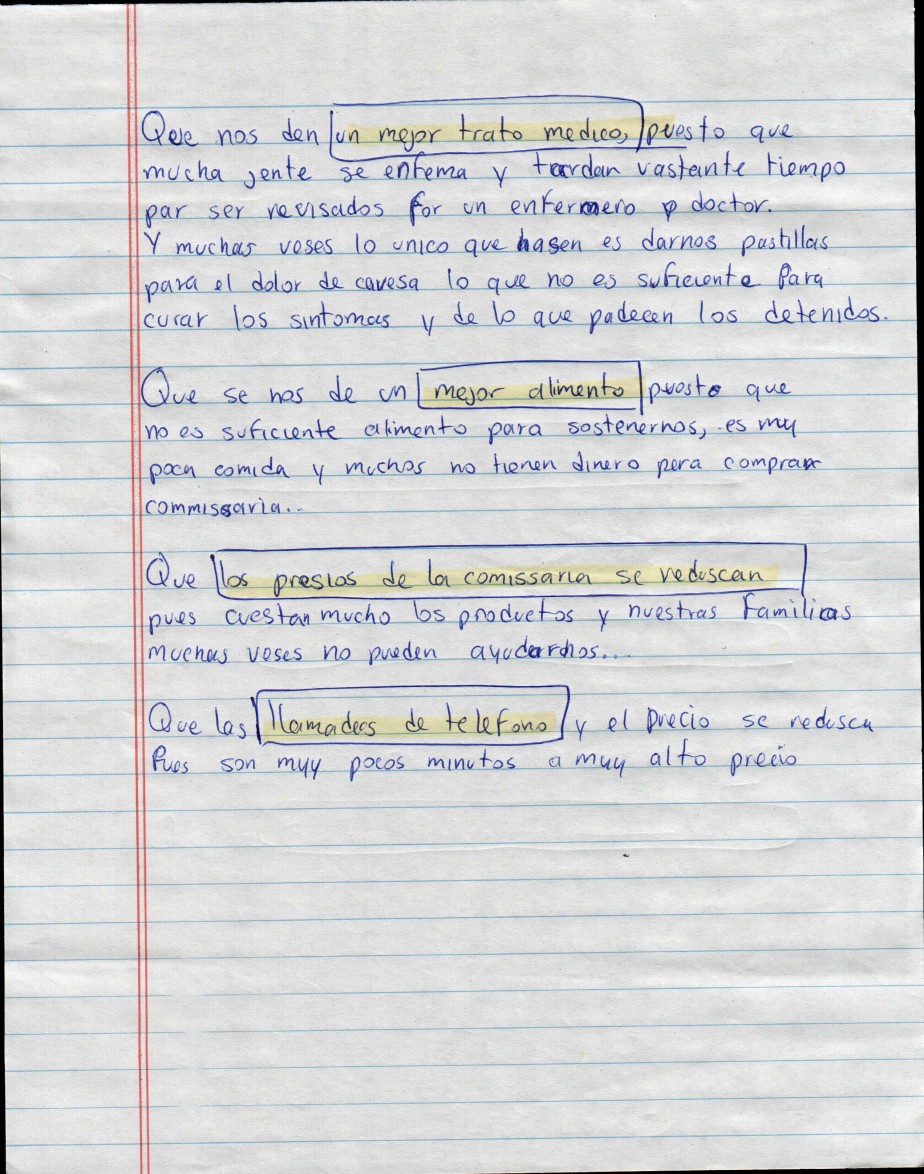